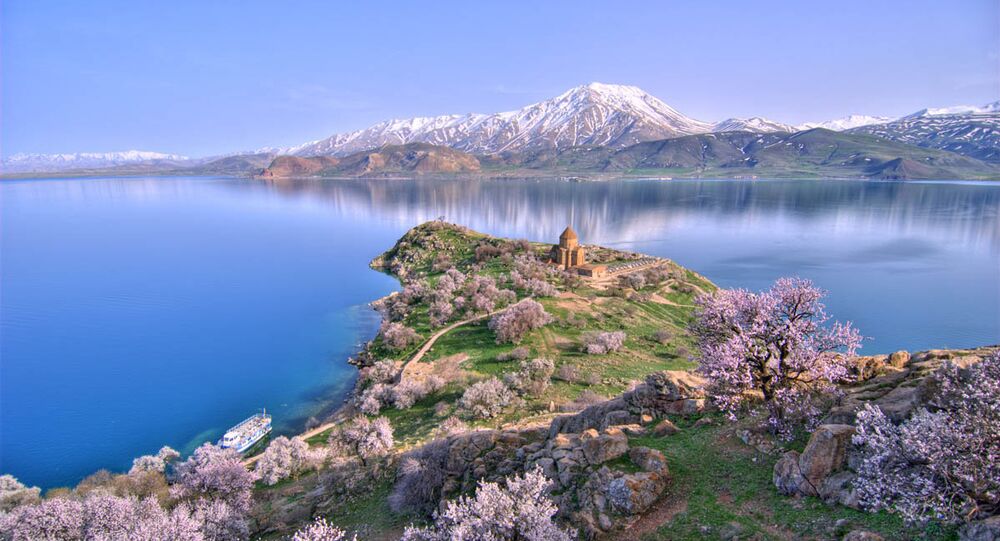 A team of Turkish researchers has discovered the remains of what is believed to be a 3,000-year-old Urartu castle in the country's eastern Van province, the site of Lake Van, the largest lake in Turkey and the second largest in the Middle East.

The excavations were led by Van Yüzüncü Yıl University and the governorship of Turkey's eastern Bitlis Province. The researchers who went underwater believe that the ruins are supposedly from the Iron Age Urartu civilization, also known as the Kingdom of Van, thought to date back to the eighth to seventh centuries B.C., Turkish Daily Sabah reports on Sunday.

​"There was a rumor that there might be something under the water, but most archaeologists and museum officials told us that we won't find anything," the outlet quotes the head of the diving team, Tahsin Ceylan, as saying.

According to the researcher, Lake Van, which is located in Eastern Anatolian region near the border with Iran, has a history which spans 6,000 years. It is believed to be formed by a crater caused by a volcanic explosion of Mount Nemrut near the province of Van. The current water level of the reservoir is about 150 meters higher than it was during the Urartu civilization.

​"Civilizations living around the lake set up large villages and settlements while the water level of the lake was low, but they had to leave the area after it increased again," Ceylan told the newspaper.

The underwater site is expected to attract thousands of tourists and divers due to its historic value.