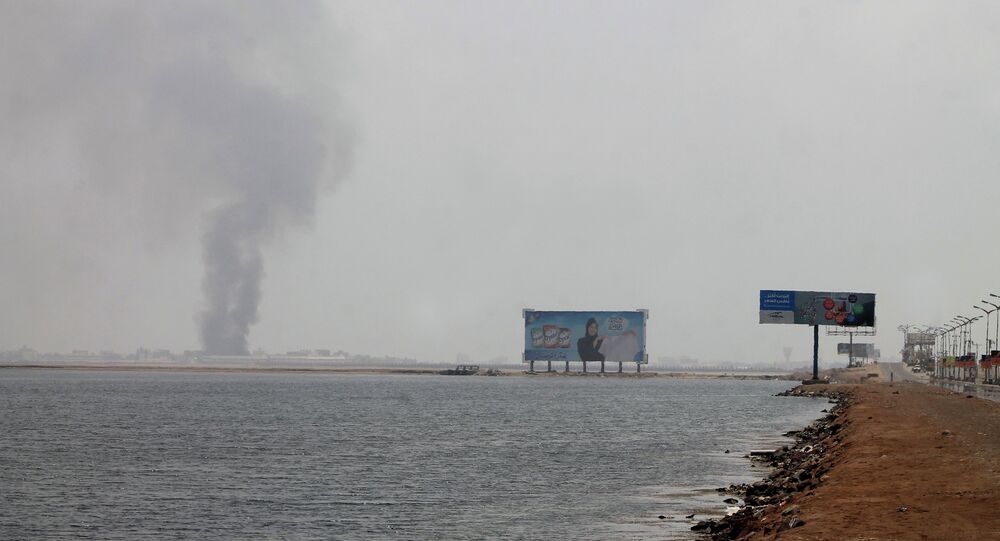 The Saudi-led coalition has imposed a blockade of airports and ports as a response measure by Saudi Arabia to the Yemeni Houthi rebels' attack.

CAIRO (Sputnik) — The blockade of all Yemeni air, land and sea borders by the Saudi-led coalition forces is a compulsory measure that will be in place for a short duration and will not interfere with food deliveries to the country, according to Saudi Permanent Representative to the United Nations Abdullah Mouallimi.

"We will soon deal differently with this issue. Those measures aim to respond to a certain situation. When the purpose of those measures ends, we will reopen those ports with introducing some needed amendments and reforms," Mouallimi, was quoted as saying by the Asharq Al-Awsat newspaper.

According to the diplomat, the blockade does not apply to vessels carrying food.

© AP Photo / Hani Mohammed
NGOs Join UN Call to Lift Saudi-Led Alliance's Blockade Threatening Yemen With Starvation
The Saudi-led coalition that has been conducting an operation in Yemen since 2015 announced on November 6 that it had closed off access to all of the country's land, air and sea ports after the Houthis launched a missile targeting Riyadh, explaining the move as a measure to prevent the rebels from obtaining additional weapons.

A local source told Sputnik on Wednesday that a blockade was lifted off a major port of Aden, opening it up for humanitarian aid deliveries.

However, the same day UN Under-Secretary-General for Humanitarian Affairs Mark Lowcock said that the access to humanitarian aid hasn't yet been open, emphasizing that millions could die in Yemen from hunger.