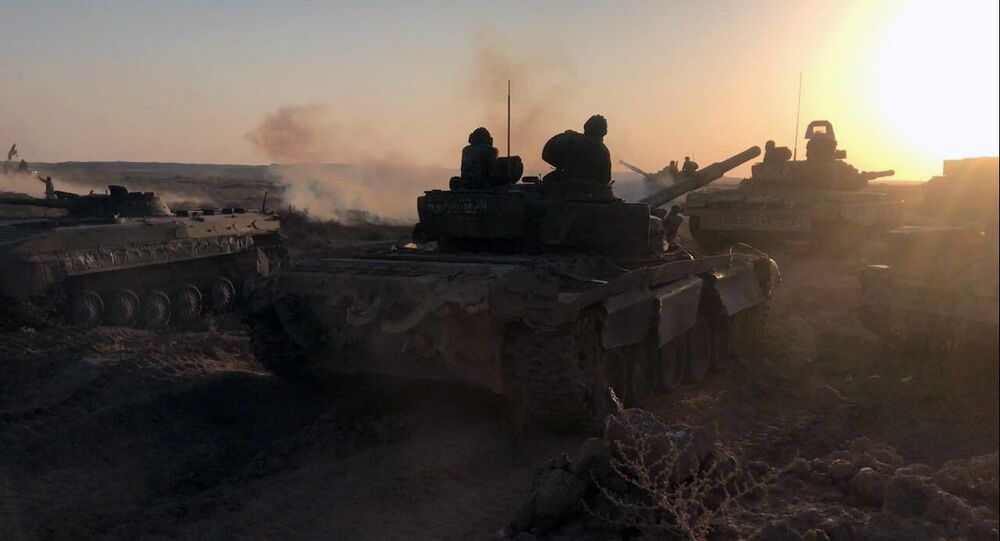 The town of Abu Kemal in the Deir ez-Zor province has been considered the last Daesh terrorist group's stronghold after the liberation of al-Mayadin by the Syrian government forces.

The Syrian army command confirmed Thursday that it fully regained control over the city of Abu Kemal, destroying the last Daesh stronghold.

"The Syrian army and allied forces liberated the city of Abu Kemal in Deir ez-Zor province, the last stronghold of the IS [Daesh] terrorist group in the east," the statement read.

The forces are patrolling the town to clear it of mines and explosive devices.

"Abu Kemal is the last Daesh stronghold, but we should understand that terrorists are changing their tactics and can follow a guerilla strategy. The government forces, as well as special forces, will have to do their best to eliminate terrorists in Syria," military analyst Andrei Koshkin said.

Abu Kemal has been a target of the Russian aviation for quite some time. In early November, six Russia's Tu-22 bombers and Russia's submarine Kolpino attacked Daesh positions near the town.

© AFP 2021 / JM LOPEZ
US Urges Russia to Alter Its Course on Probing into Chemical Weapons in Syria
The Syrian army has been conducting a major operation in the Deir ez-Zor province following the historic lifting of the three-year Daesh siege of Deir ez-Zor city, which has so far resulted in its complete liberation and the victory in al-Mayadin, the once largest terrorist stronghold in the region that had been used by the jihadists to accumulate weapons and manpower to launch attacks on the cities of Palmyra and Deir ez-Zor.