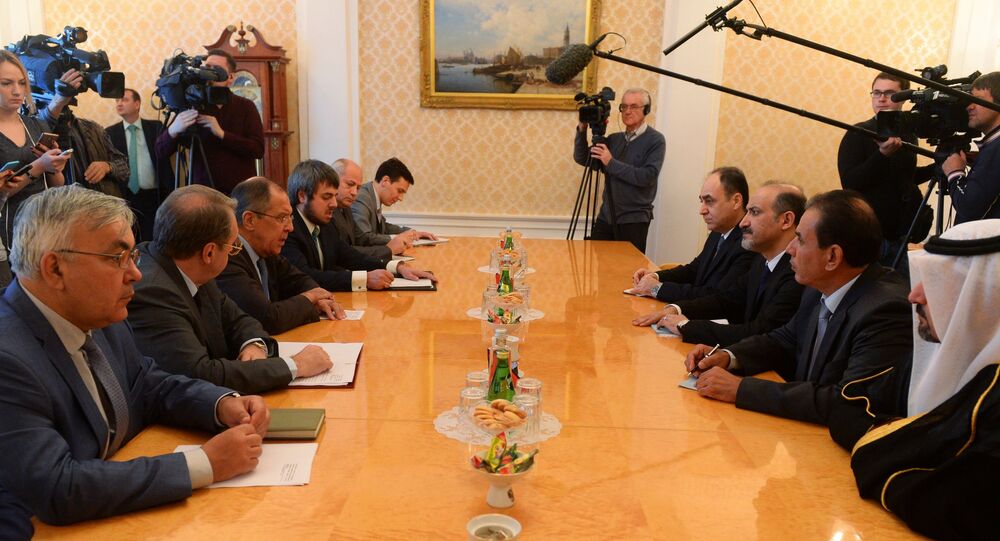 A source in the Syrian opposition has revealed to Sputnik the possible dates of the Congress of National Dialogue of Syrians, allegedly aiming to develop new a constitution for the country.

MOSCOW (Sputnik) – The Congress of National Dialogue of Syrians may take place in early December, a Syrian opposition source told Sputnik on Tuesday. The source has also disclosed that the congress was set to discuss the development of a new consitution and holding elections in the country.

“According to my information, the congress will take place in late December, this date is linked to organizational issues,” the source said.

According to Russian Foreign Minister Sergei Lavrov, currently Russia, Iran and Turkey have agreed upon its agenda and timing.

Last week the Russian Foreign Ministry published a list of 33 organizations invited. Saudi Arabia's supreme negotiating committee (VCP) of the Syrian opposition and some other political forces announced their refusal to participate in the event.

Previously the Turkish side also commented on the event, underlining that Moscow refused to invite the Syrian Kurds to the congress after the protest note had been received from Ankara.

The spokesman for the Turkish president Ibrahim Kalyn said, as quoted by local media, that the Kurds' participation was unacceptable.