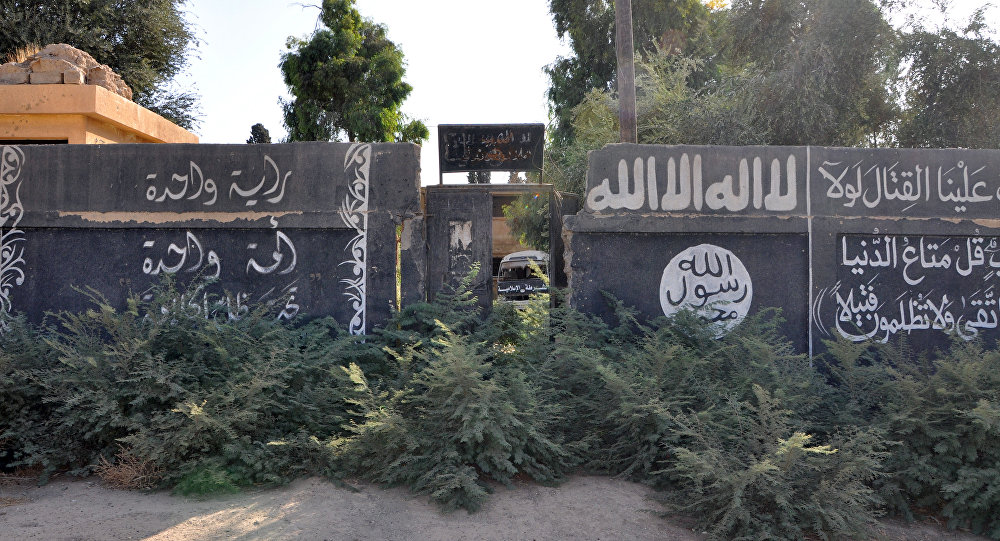 Several sources have told RIA Novosti about the alleged transfer of Daesh commanders by "US military aviation" from a Syrian town in an unknown direction.

US helicopters have transferred Daesh commanders from the town of al-Mayadin before the launch of the Syrian army's operation, eyewitnesses told RIA Novosti.

"American military aviation first made a maneuver in the area […] near a Mayadin farm. Then [ the aviation] launched an airstrike, we tried to hide and saw several US helicopters. There were foreign Daesh commanders on the ground, who were waiting for them next to their headquarters… The helicopters took them outside of Mayadin," a local shepherd, Muhammad Awad Hussein, told RIA Novosti.

He further said that he allegedly saw "US aviation… first a sound from it, then a massive strike that was followed by the US helicopters' flight and transportation of Daesh leaders after which the airstrikes ceased."

According to the 79-year-old man he had served in the Syrian army and can distinguish American aviation.

Other locals told RIA Novosti that they have allegedly seen how cars transported two foreign Daesh commanders with their families from Mayadin to the terrorist group's headquarters […], after which helicopters arrived and took them in an unknown direction.

Syrian army's operation to liberate Mayadin, the once largest Daesh stronghold in the Deir ez-Zor province that had been used by terrorists as a hub to accumulate weapons and manpower to launch attacks on the cities of Palmyra and Deir ez-Zor, began in early October and ended about two weeks later.

© Photo : Ministry of Defence of the Russian Federation
Russian Airstrikes Destroy Daesh Command Center, Kill 70 Terrorists Near Mayadin
During the course of the campaign to free the town, the Russian aviation carried out airstrikes on Daesh targets to support the government forces' operation on the ground.

After the Mayadin victory, Brigadier General of the Syrian Arab Army Hasan Suheil showed reporters the weapons the government forces had captured after the liberation of the town. It turned out that the largest Daesh storehouse contained the latest examples of NATO weapons from the United States, Belgium and Britain.