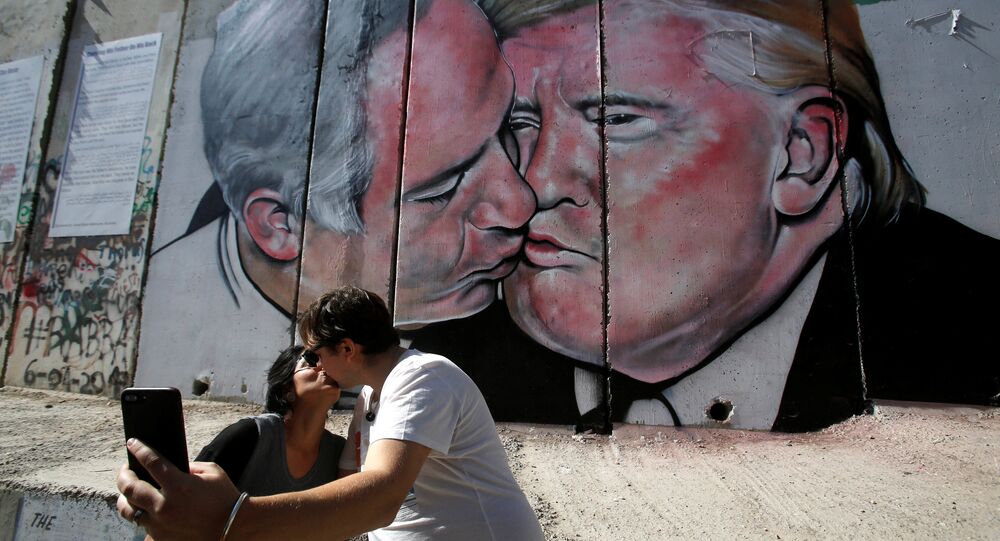 Australian street artist Lushsux painted a mural on the separation wall in Bethlehem, Israel, depicting Israeli Prime Minister Benjamin Netanyahu and US President Donald Trump going in for a smooch - and it was daubed over with pink paint within 24 hours.

Originally completed the night of October 28, the artist told Reuters, “the wall is a message in itself. I don’t need to write ‘Free Palestine’ or something like that, something really direct … that people will ignore.”

​While some Palestinians view Israel’s concrete wall as an attempt to hold territory and deny Palestinians from gaining a state, some Israelis argue the wall is for self-defense.

Lushsux later tweeted pictures of his painted-over art. "New Israeli modern art masterpieces, what do you think?" he quipped.

​On October 30, the graffiti artist sent out a poll for where his next wall-painting adventure should take him: Mexico’s border wall, Northern Ireland, the Great Wall of China or Other. About 52 percent voted the Aussie should head to Mexico’s border wall next.

Corruption Scandal: The Beginning of the End for Israeli PM Netanyahu?