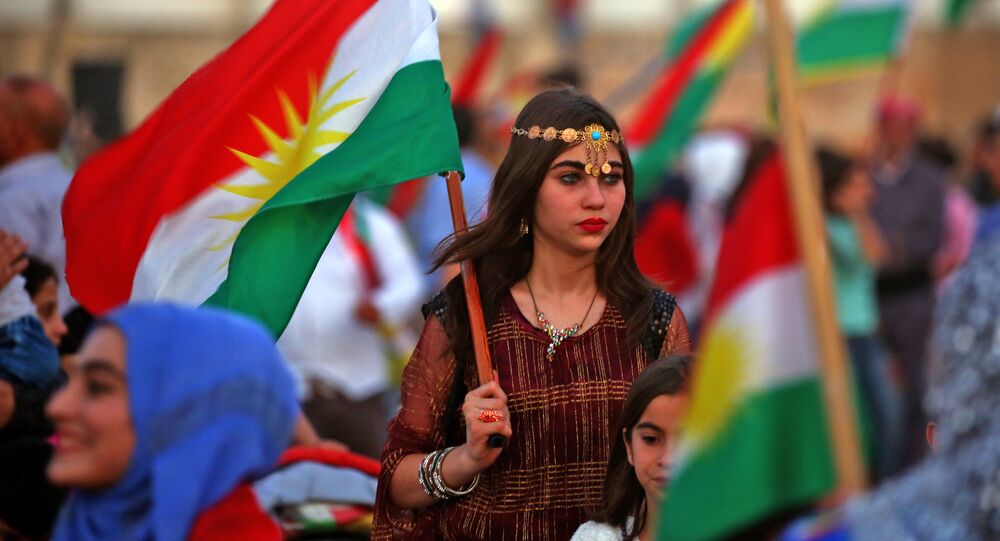 Jamal al Zuubi, a deputy of the Syrian parliament, speaking to Sputnik Arabic, has refuted the report of the Turkish Anadolu news agency that the Syrian government is negotiating with the Kurdistan Workers' Party (PKK) the possibility of their self-governance in the north and the possible exit of the Arab population from those territories.

"There are absolutely no grounds for such reports. Kurdish self-governance in the north of Syria is only a mere desire of some terrorist groups, Syria and its neighboring countries have an open and clear position on this issue which has not changed," Jamal al Zuubi told Sputnik.

He also refuted any possibility that these territories could put under the control of these groups by any representative of the Syrian government, adding that the terrorist organizations have occupied Syrian lands with the help of terror and arms.

"The Syrian government won't endure the presence of any illegal armed groups on its land," the parliamentarian assured.

He further pointed out that there are very few lands where Kurds comprise the majority of the population. They peacefully coexist with Arabs and are part of the Syrian people.

According to Jamal al Zuubi, such Kurdish "workers parties" and similar movements and groups have got into Syria from abroad and the Syrian government and army won't permit them to remain in the country.

Syrian Kurds are an important part of Syria. They have all the rights and obligations to the government as any other residents of the county. Hence there are absolutely no preconditions for granting them self-governance, the deputy concluded.