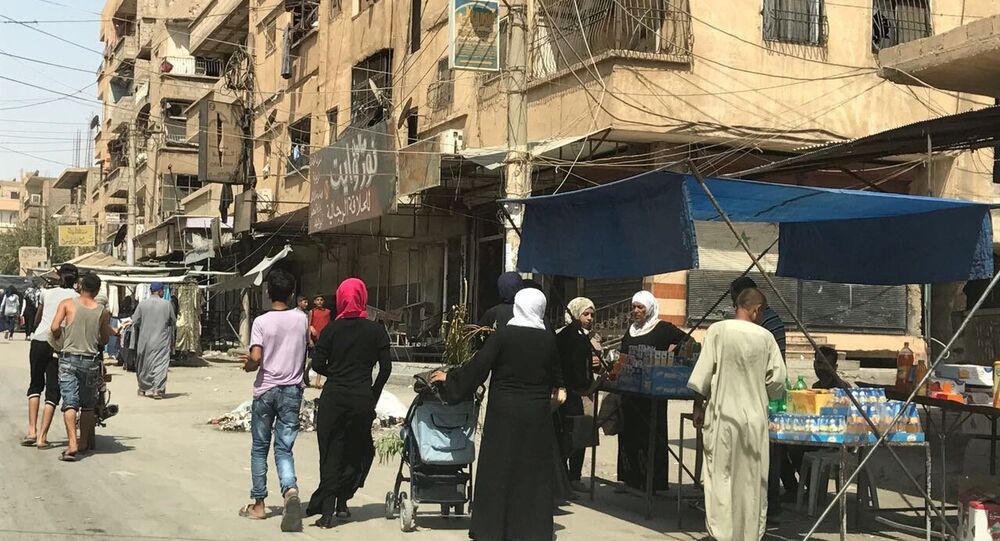 MOSCOW (Sputnik) — The Russian Defense Ministry denied US claims that thousands of Syrians were fleeing the eastern city of Deir ez-Zor after it was recaptured by government forces.

© Sputnik
Decisive Battle for Syria: The Liberation of Deir ez-Zor
Ministry spokesman Maj. Gen. Igor Konashenkov said the allegation had been made by US-led Special Operations task force commander James Jarrard who said Arab residents were going to areas under control of the Syrian Democratic Forces.

"It was strange to hear the coalition’s task force commander make a geographically absurd statement about ‘thousands of Arabs’ fleeing Deiz ez-Zor that was freed from IS [Daesh] to Mayadin in the south but say they were going north, rather than south, which is populated by Arabs," he said.

Earlier this year, the three-year siege of the city of Deir ez-Zor was lifted by the Syrian army, which continued its operation in the province in order to completely wipe terrorists out. Russia is currently engaged in assisting the operation. Russian authorities reported that over 90 percent of the Syrian territory has already been freed from terrorists.

Decisive Battle for Syria: The Liberation of Deir ez-Zor