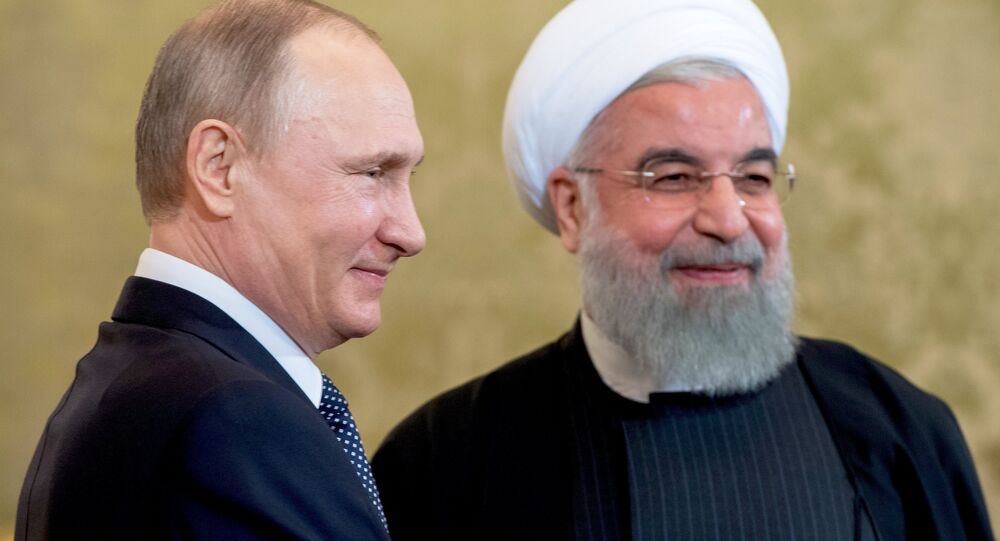 TEHRAN (Sputnik) — Iran and Russia play a very important role in regional stability, Iranian President Hassan Rouhani said Wednesday, prior to the start of trilateral negotiations between the leaders of the two states and their Azerbaijani counterpart.

Earlier in the day, Russian President Vladimir Putin arrived in Tehran to take part in trilateral negotiations with the leaders of Iran and Azerbaijan. Ahead of the talks, Putin thanked Rouhani for organizing the meeting and suggested the possibility of exchanging views in bilateral and trilateral formats, with the participation of Azerbaijani President Ilham Aliyev.

"We are very pleased that apart from bilateral relations, our two countries play an important role in ensuring peace and stability in the region," Rouhani said after Putin's remarks.

The meeting between Rouhani, Putin and Aliyev are expected to be devoted to the pressing political, economic, and humanitarian issues shared by all three states. The leaders will also discuss the fight against terrorism, extremism, drug trafficking and international crime.