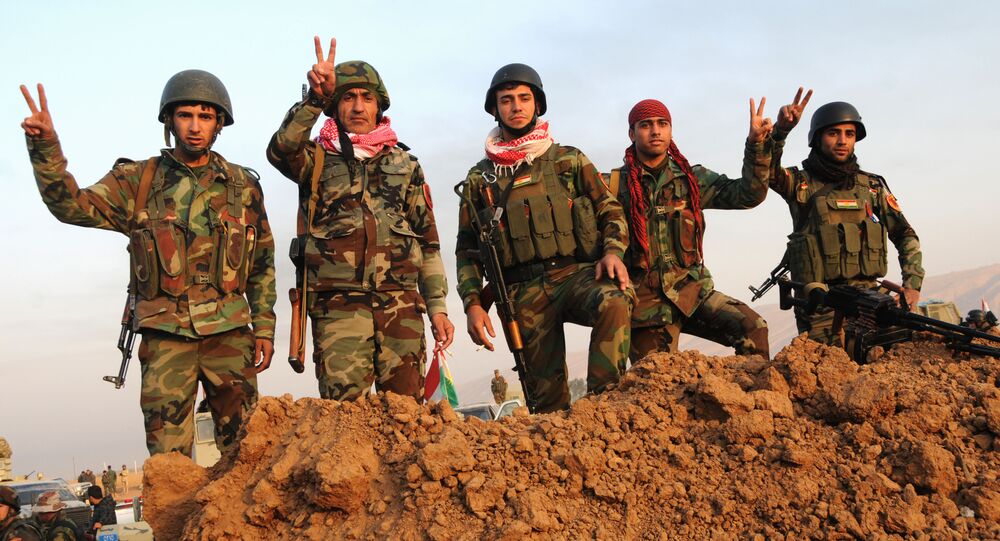 A Peshmerga representative has commented on the situation around the crossing point on the Iraqi-Turkish border amid ongoing tensions between Baghdad and Iraqi Kurdistan following the region's independence referendum.

CAIRO (Sputnik) – Iraqi Kurdistan has not transferred control over the crossing point of Ibrahim Khalil on the Iraqi-Turkish border to Baghdad, Chief of Staff of the region's Peshmerga Ministry Jabar Yawar has told Sputnik.

"There are no federal forces at the Faysh Khabur and Ibrahim Khalil border crossings. I know what is happening on the ground, the one, who is in Ankara, cannot know that," Yawar said.

He pointed out that Erbil and Baghdad had not reached any agreement on the withdrawal of Kurdish troops from the disputed areas and checkpoints.

The statement comes amid tensions in northern Iraq between the Iraqi army and Kurdish forces following the Kurdish independence referendum on September 25. Baghdad has opposed the referendum and launched the offensive to recapture the Kurdish-held disputed areas of the country.

Last week, Iraqi Prime Minister Haider Abadi ordered the 24-hour suspension of military operations in the country's north to enable the deployment of federal forces in all disputed areas and along the country's borders. Since then, the ceasefire regime has been extended.

Iraqi Kurdistan's President Will Not Run for Next Term - Reports