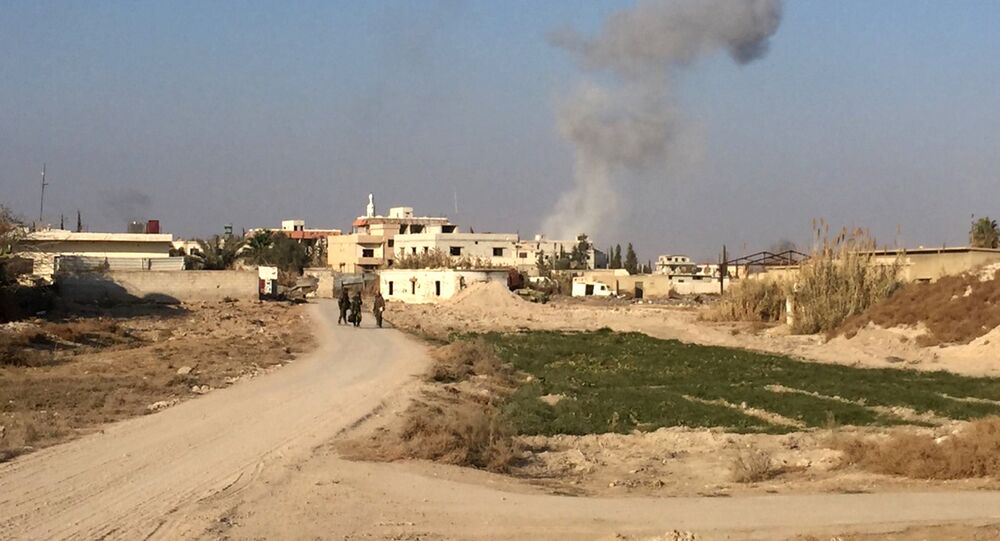 The sides of the Syrian conflict continue efforts to settle the crisis.

ASTANA (Sputnik) — A new deconfliction zone will be established in Syria's southern Damascus, as the agreement has been reached with militants there, a source at the ongoing talks on Syria in Astana told Sputnik.

Another source has explained that previously there had been a request to Russia from the military groups in southern Damascus to include the southern Damascus area in the zones of de-escalation or deconfliction.

The unstable situation in Jobar, a municipality of Damascus, and Baet Jinn, a town in southern Syria, southwest of Damascus, was among the issues raised by the opposition. Media reports suggested the possibility of the establishment of a new zone there.

Commenting on this information, the source at the talks said it is not necessary, as "Jobar and Baet Jinn are already covered by the [existing] de-escalation zones."

Negotiations of the ceasefire guarantor states in Astana on Syria have stalled over Idlib de-escalation zone, and other issues on the agenda are linked to it and inter-related, sources told Sputnik.

The plenary session, which was initially scheduled for 6 pm (13:00 GMT) is delayed.

The Idlib de-escalation zone is the only one where monitoring should be carried out by all three guarantors — Russia, Turkey and Iran.

One of the sources added that all issues on the agenda were inter-linked. Therefore, without progress on one matter, there cannot be progress on the others.

Other key issues on the agenda include the release of detainees, humanitarian demining, and convening of a Congress of the National Dialogue of the Syrian sides in order to push for a political settlement.

Another source in one of the delegations told Sputnik that the chances that the document on the release of detainees would be adopted today still existed.

The draft document intended to create a special working group for the release of detainees and arbitrary abducted people.

© AFP 2020 / Mohamed al-Bakour
Turkey Asks Russia to Mediate at Meetings With Syria on Idlib De-escalation Zone - Source
The memorandum on the establishment of four de-escalation zones in Syria was signed in Astana in May, with Russia, Iran and Turkey acting as the guarantors of the ceasefire regime.

Earlier this month, member of Russia's Federation Council, Viktor Ozerov said that Russian servicemen could stay in Syrian de-escalation zones for some time.

The statement came in light of the October 16 announcement by Russian Defense Minister Sergei Shoigu, who said that the Russian military campaign in Syria "was about to be completed."

On Monday, the seventh round of the Astana-format talks on Syrian settlement kicked off in the Kazakh capital. The talks will focus on creating a working group that will deal with hostage and prisoner release, return of fallen soldiers' bodies, and searches for missing persons.