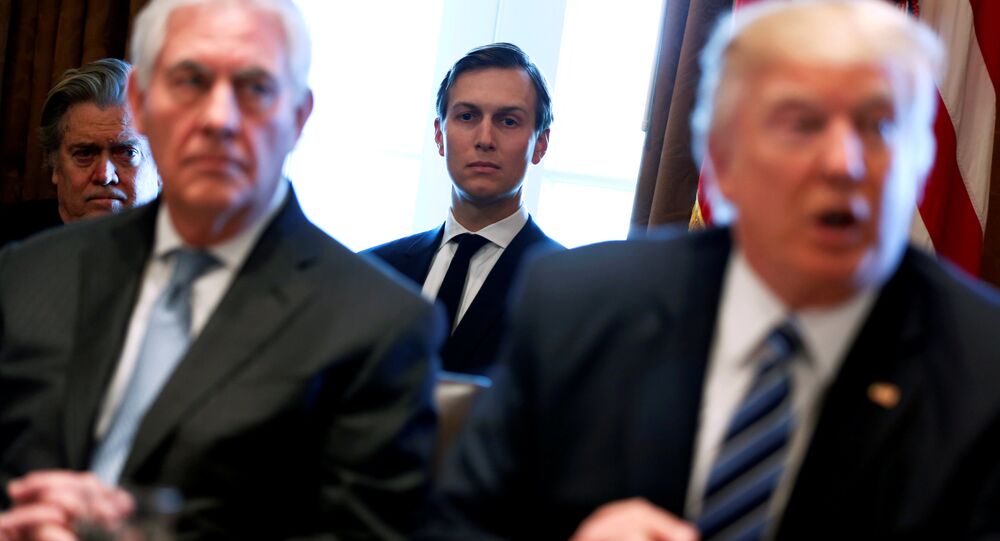 "The Senior Advisor to the President [Kushner], the Deputy National Security Advisor for Strategy [Powell], and the Special Representative for International Negotiations [Greenblatt] recently returned from Saudi Arabia. The Senior Advisor has also been in frequent contact with officials from Israel, the Palestinian Authority, Egypt, United Arab Emirates, Jordan and Saudi Arabia," the official said.

© CC0
Iraq, Saudi Arabia Relations Vital for Collective Security - Tillerson
According to US media reports, the president's senior adviser and son in law traveled to Riyadh in an attempt to further the Trump administration's policy of reconciliation in the region, seeking to play a significant role in the Middle East peace process.

However, the White House official did not specify who Kushner met with in Riyadh, noting only the diplomatic importance of the unannounced visit. Politico noted that this was Trump's advisor and son in law's third trip to the country this year.

“While these regional talks will play an important role, the president reaffirms that peace between Israelis and Palestinians can only be negotiated directly between the two parties and that the United States will continue working closely with the parties to make progress toward that goal.” The White house official stated.

It was reported that Kushner returned to Washington on Saturday night.