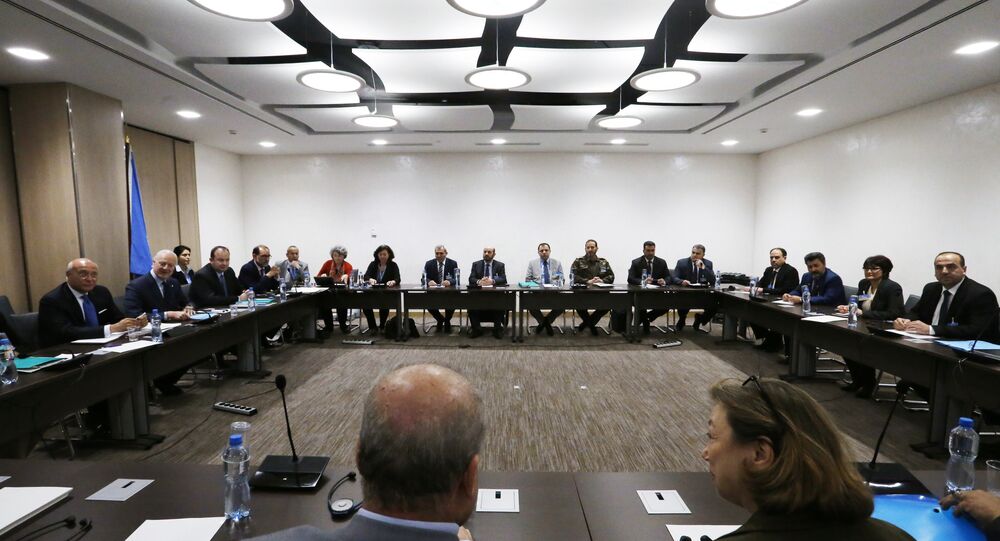 The meeting of Syria’s opposition will be held in November, a member of the High Negotiations Committee (HNC) Hassan Abdul Azim told Sputnik on Sunday.

DAMASCUS (Sputnik) — "The HNC asked for an expanded conference to be held in Riyadh, the Saudi Foreign Ministry responded to this request, and the approval was received. It will take place between November 10 and 15 in Riyadh," Abdul Azim said.

© Sputnik / Mikhail Alayeddin
Over 50 Syrian Opposition Fighters Defect to Government Army - Russian MoD
According to Abdul Azim, the Committee strongly opposes the federalization of the country.

The HNC, Moscow, and Cairo platforms of the Syrian opposition were unable to form a single delegation for the talks in Geneva at their previous meeting in Riyadh, which took place in August.

Syria has been engulfed in a civil war for over six years with government troops fighting against numerous opposition factions as well as terrorist groups. Negotiations on the Syrian settlement are being held in Geneva and Astana. During the September round of the Astana talks, Russia, Iran and Turkey, the three states that serve as guarantors of the Syrian ceasefire, agreed on four de-escalation zones in Syria.

The next round of Geneva talks are set to take place on November 28.