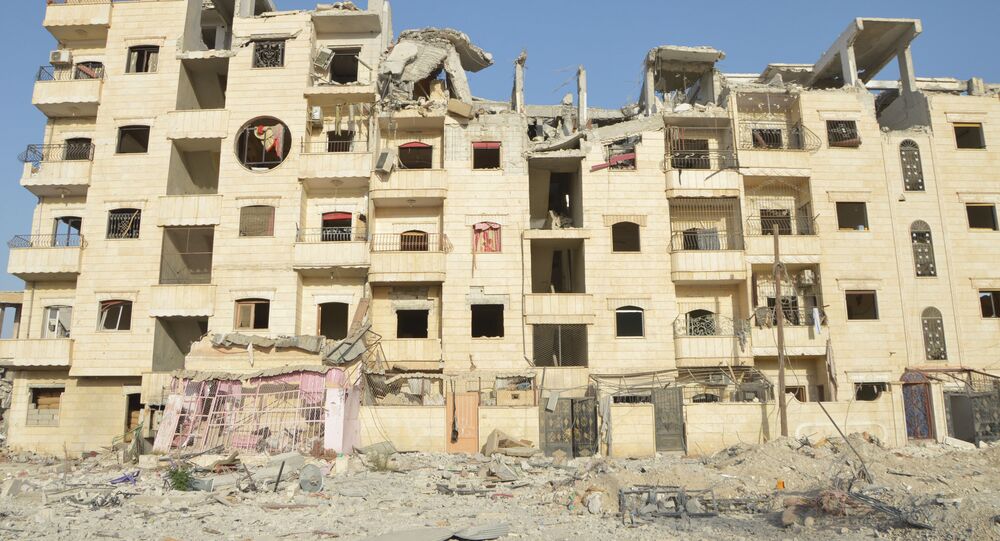 The Syrian city that Daesh terrorists had called their self-proclaimed capital, has been liberated by the US-backed Syrian Democratic Forces.

BEIRUT (Sputnik) — Syria considers, and will consider, Raqqa an occupied city until it comes under the control of the Syrian army, the SANA news agency reported Sunday citing an official source at the Foreign and Expatriates Ministry.

According to the source, misleading claims by the US-led coalition about the city’s liberation from Daesh was aimed at dividing the opinion of the international community from the crimes the coalition and its allies allegedly committed in Raqqa province.

© AP Photo / Hussein Malla
Liberation of Raqqa a 'Puppet Show’ Allowing US to Extend Influence in the Region
The spokesman added that the statements made by the US authorities, including the White House, the Pentagon, and the State Department, about the crucial role of the Raqqa's liberation in the struggle against the terrorists and the contribution of the US-led coalition to this fight, also could puzzle.

The SDF announced on October 20 announced that they had fully cleared Raqqa from Daesh with the support of the US. The US-led alliance confirmed this report a few hours later and President Donald Trump called the operation to free the city a "critical breakthrough" and claimed that a "transition into a new phase" would follow it.

The city of Raqqa has been the capital of the self-proclaimed Daesh "caliphate" in Syria for four years. In early June the SDF and the anti-Daesh coalition launched an operation to liberate the city.

Russia has been taking numerous steps to resolve the Syrian conflict which began in 2011.

Raqqa Resident: Daesh 'Killed My Father in the City Center and Made Video'