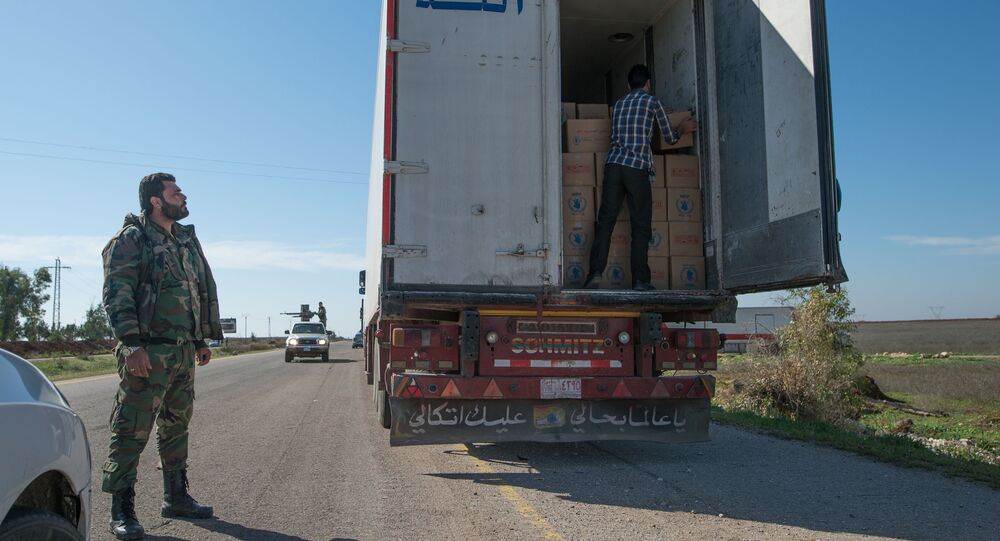 BEIRUT (Sputnik) — "The militants did not allow a UN convoy to pass, demanding 5,000 food packages, but were denied this," the source from Damascus said.

He added that the convoy was supposed to go to the town of Yalda, and then to Babbila and Beit Sahm.

"As far as we know, the militants set these conditions before [the convoy reached] Yalda," the source noted.

© Sputnik / Dmitriy Vinogradov
Russia Delivers Two Tons of Humanitarian Aid to Syria - Military
Syria has been in the state of civil war for six years, with government forces fighting against both Syrian opposition groups who strive to overthrow President Bashar Assad, and numerous extremist and terrorist groups. The ongoing conflict has resulted in a large-scale humanitarian catastrophe and claimed lives of thousands of civilians.

A number of countries, including Russia, exert their efforts to assist Damascus in both the struggle against terrorism and reconstruction of the country after the hostilities.