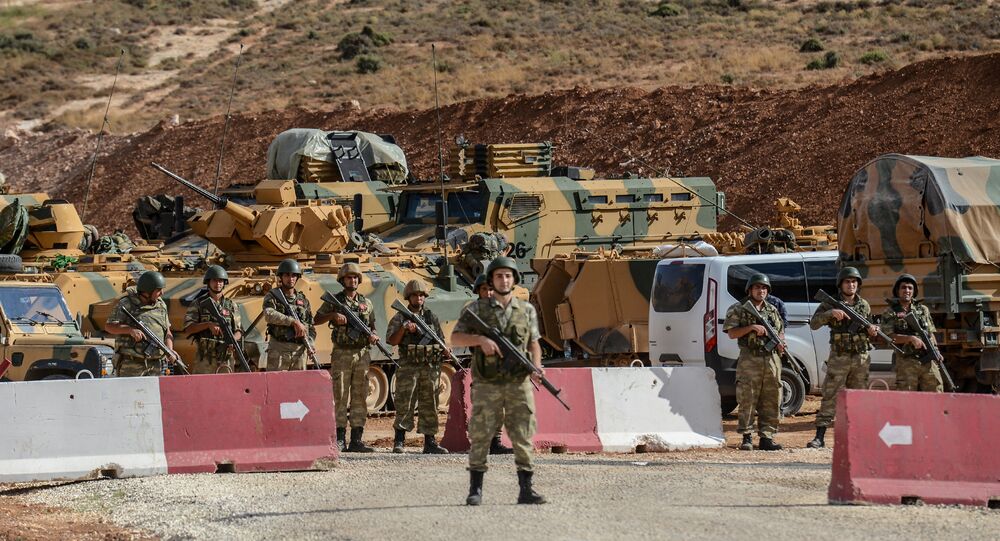 On October 13, Turkey's military constructed the first observation post in Syria's Idlib province; Syria's government has condemned the move and sees it as an invasion of its territory.

The post was set up to the east of Salwah village, where the first post was installed and the overall number of such posts will reach 14, the Yeni Safak newspaper reported.

Earlier, the official representative of the US-led coalition, Ryan Dillon, said that coalition does not coordinate its actions with Russia in the Syrian Idlib.

During the September round of Astana talks, Russia, Iran and Turkey, the three states that serve as guarantors of the Syrian ceasefire, agreed on all four de-escalation zones in Syria. The sides also reached an agreement on the rules of operation in buffer zones, checkpoints and observation posts, as well as the rules of engagement for units of the de-escalation control force.

On October 7, Turkish President Recep Tayyip Erdogan announced the start of an operation against militants in Syria in the province of Idlib. According to Tayyip Erdogan, the goal of the operation is to protect civilians. Damascus has already urged Ankara to immediately withdraw troops from the province.

The Idlib province is mainly controlled by the Free Syrian Army and other opposition forces that are fighting against government troops. The province is covered by one of the four established de-escalation zones.