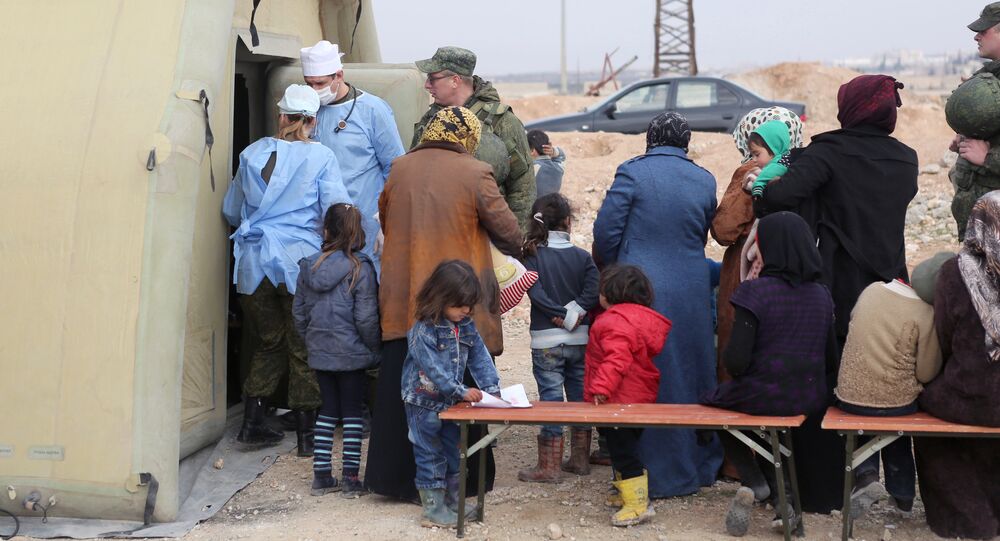 The Russian air campaign in Syria, which started two years ago, has dramatically changed the course of the Syrian conflict as life begins to return to the country.

The Russian Reconciliation Center for Syria reported on Thursday that since the beginning of the Russian anti-terrorist aerial campaign in Syria two years ago, more than one million Syrian citizens have received the opportunity to get back to normal life in their motherland.

© AFP 2020 / ILYAS AKENGIN
Idlib Operation: Why Direct Turko-Syrian Talks Are 'Exactly What's Required'
The Syrian settlement process resulted in more than 232,000 refugees returning from abroad since September 2015, while 143,000 of them returned back to their own homes this year, according to the Center. Since the beginning of the year, 480,000 Syrians from camps for internally displaced people have settled in the territories liberated from terrorists.

Russian servicemen noted that terrorists left thousands of schools, hospitals and factories devastated and although Russian support is essential, the international community also has to consolidate its efforts. All conditions for it have already been created and the Reconciliation Center for Syria is ready to assist.