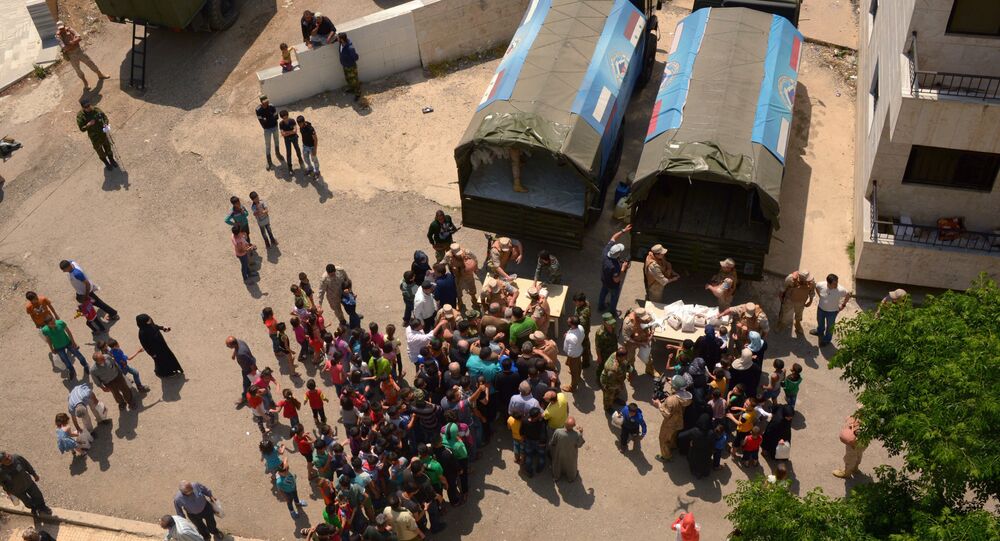 The Russian Defense Ministry continues to help the Syrian people’s return to normalcy after a several-year long terrorist siege.

The Syrian army, with the support of the Russian Air Force, liberated the city from terrorists several weeks ago.

The reconciliation center has chosen the city of Khan Arnabeh for the delivery of the aid in the province after analysis of the humanitarian situation in the region, the center's representative Rear Adm. Alexander Zhuchkov told reporters.

"In each province, there are centers of national reconciliation and representatives of the administration with whom we work. It was previously determined that this are is in need the most, as it has been liberated recently," he said.

The center's servicemen have also deployed a mobile medical aid post to the city, which has been visited by more than a hundred residents.