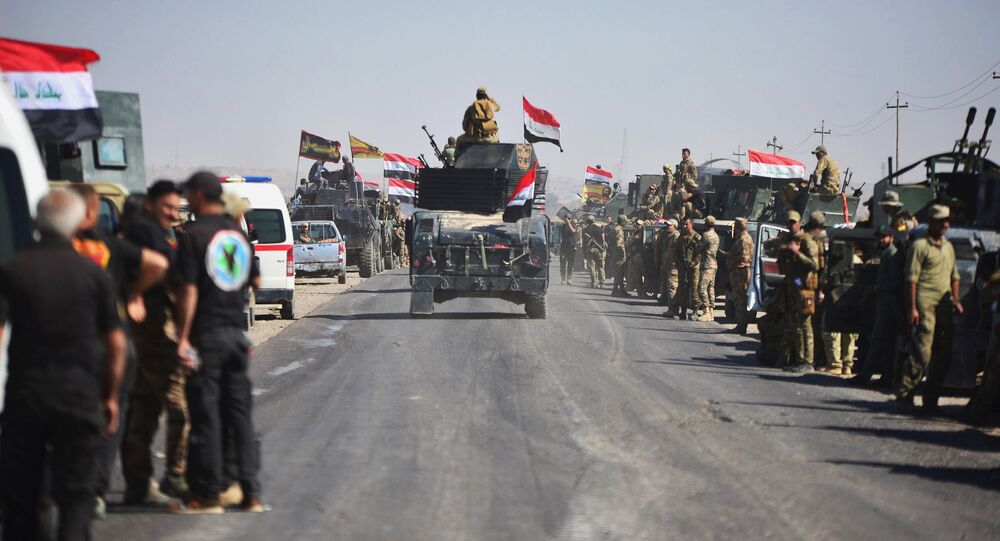 WASHINGTON (Sputnik) — The US State Department called on the authorities of Iraq and Iraqi Kurdistan to avoid provocations in the situation around the Kirkuk province and coordinate military activities.

© REUTERS / Stringer
Iraqi Government Accuses Kurds of 'Misinformation Campaign' After Kirkuk Clashes
On Sunday, Iraqi Prime Minister Haider Abadi ordered the country’s army and police to secure bases and federal facilities in Kirkuk province following the Kurdish independence referendum, deemed illegal by Baghdad. The vote was held on September 25 in the autonomy and other territories that are claimed by Erbil and de facto controlled by Peshmerga, although not within the autonomy's official borders. Earlier on Monday, Iraqi troops established control over a number of military and transport facilities in the province. In his statement, Abadi ordered the Iraqi forces to cooperate with Peshmerga militia and avoid confrontations.

"The United States is very concerned by reports of violence around Kirkuk, Iraq. We are monitoring the situation closely and call on all parties to coordinate military activities and restore calm…. We strongly urge all parties to avoid provocations that can be exploited by Iraq’s enemies who are interested in fueling ethnic and sectarian conflict," the State Department said.

The United States was also working with officials from the central and regional governments to reduce tensions, avoid further clashes, and encourage dialogue, its stressed.