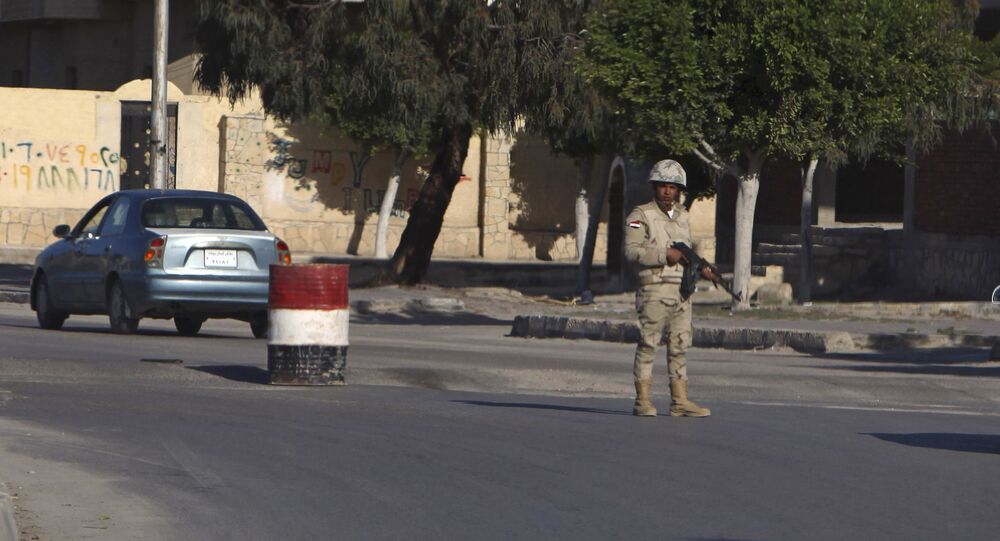 A shootout between the Egyptian police and militants robbing a bank has occurred in the Sinai region, which has been suffering from an Islamist insurgency for years.

CAIRO (Sputnik) — At least 6 people were killed and 17 others wounded in a shootout between the Egyptian police and perpetrators of an attack in the Egyptian city of Arish, the largest city on the Sinai Peninsula, Masrawy newspaper reported Monday. The police officers, belonging to the bank security service, and bystanders are among the wounded people.

Unidentified militants attempted to rob a bank, which resulted in clashes with the police. The attackers drove up to the AlAhli bank branch, some of them entered the bank while others opened fire on a police post near the Mar Girgis Church.

© AP Photo / Farah Abdi Warsameh
Red Crescent Volunteers Killed in Somalia Explosion
The robbers escaped with the stolen money, the police are currently searching for them.

The roads in the center of the city have been blocked, all schools and institutions have suspended their work, the newspaper added.

Egypt has been fighting a jihadist insurgency in northern Sinai since the army overthrew then-President Mohamed Morsi in 2013. Police and security forces have frequently been the target of deadly attacks staged by Islamists in the area.

One Killed, Two Injured After Man Opens Fire Near School in Istanbul - Reports