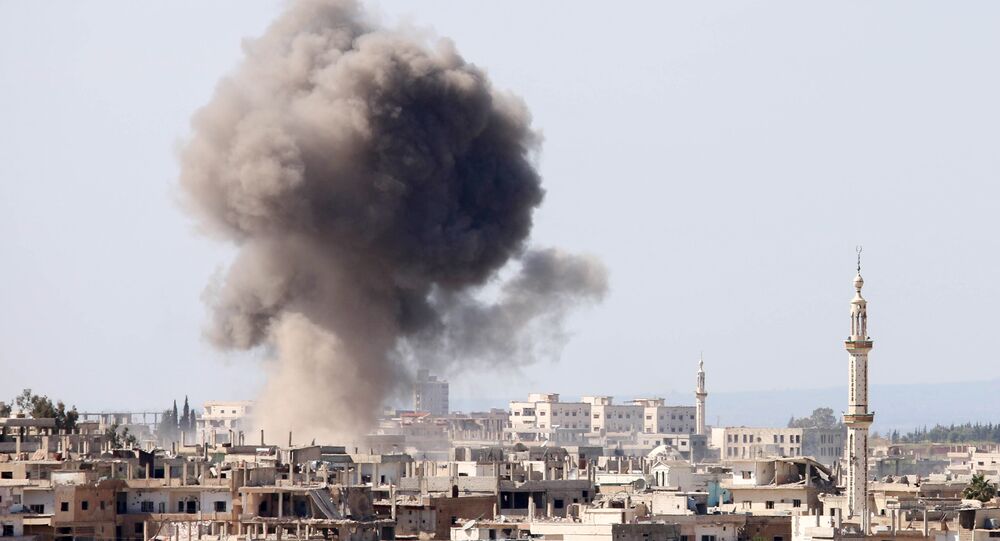 The Russian-Turkish commission on the Syrian ceasefire regime has released the latest report on the ceasefire violations in Syria.

MOSCOW (Sputnik) — The ministry added that sporadic fire incidents were mostly registered in the areas controlled by Jabhat Fatah al-Sham (formerly known as al-Nusra Front) and Daesh, both outlawed in Russia.

"The situation in the de-escalation zones is assessed as stable. Over the last 24 hours, the Russian party of the Russia-Turkey Commission on violations of the Joint Agreement has registered four cases of firing in the provinces of Daraa (2) and Damascus (2). The Turkish party has registered one case of ceasefire violation in the province of Homs," the ministry's Center for Syrian Reconciliation said in a daily bulletin.

The Russian Center for reconciliation carried out one humanitarian action in a village in the Syrian province of Daraa delivering 2 tons of food, the statement further read.