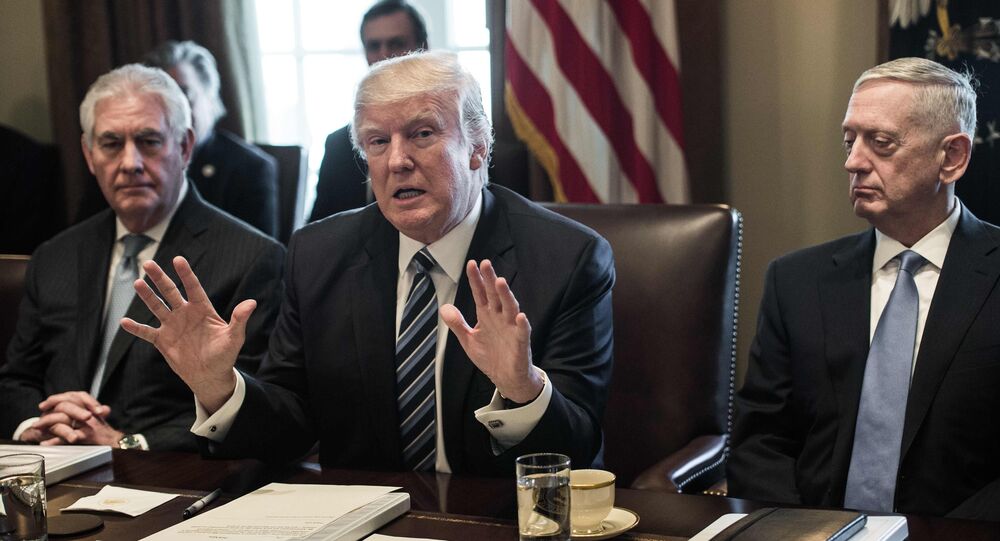 The United Arab Emirates has blamed Iran for spreading chaos and instability in the region, supports the recent US decision not to certify Iran's compliance with the nuclear agreement.

DUBAI (Sputnik) — The United Arab Emirates supports the US strategy on Iran, voiced in the speech of US President Donald Trump, the country's Foreign Ministry said Saturday.

In a speech on Friday, US President Donald Trump said his administration has decided not to certify Iran's compliance with the nuclear agreement, also known as the Joint Comprehensive Plan of Action (JCPOA), but has not challenged Iran's compliance with the deal at the international level. Trump also said that the White House would work with the Congress and the United States' allies to fix the "many serious flaws" of the agreement with Iran, and promised that the US would impose new sanctions against Iran for supporting terrorism.

"The new US strategy will ensure the necessary steps to counteract negative and unacceptable Iranian actions in all its manifestations, including a missile program that poses a real threat to the region, as well as support for terrorist organizations such as Hezbollah and the Houthis," the ministry said in a statement.

The Foreign Ministry of the United Arab Emirates also stated that "the Iranian regime seeks to spread chaos and instability in the region."

According to the ministry, "Iran commits cyberattacks, interferes in the affairs of neighboring countries and threatens international shipping."

The JCPOA, signed by the United Kingdom, France, Germany, China, Russia and the United States in June 2015, has compelled Iran to scale down its nuclear program in return for sanctions relief.