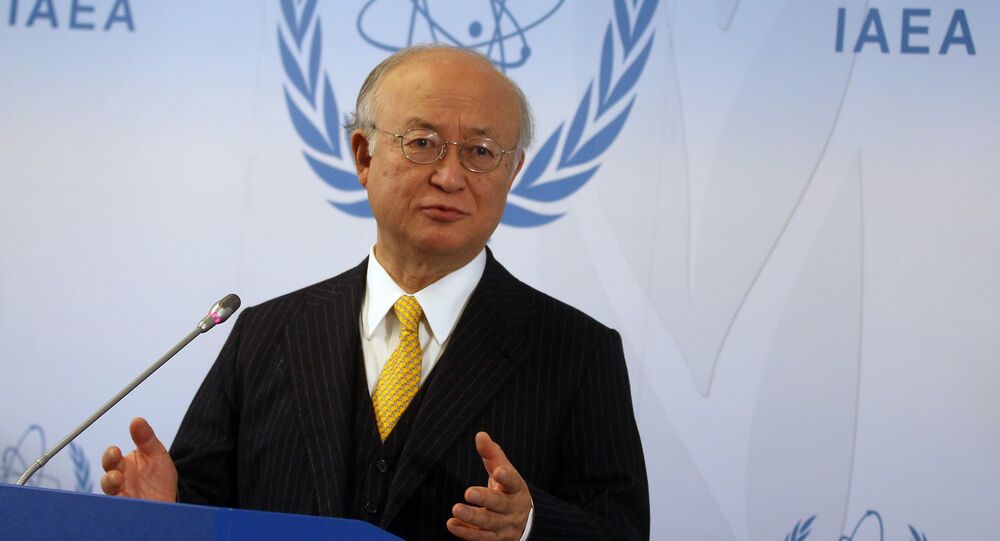 The Director General of the International Atomic Energy Agency Yukiya Amano said Friday that "Iran is subject to the world’s most robust nuclear verification regime" pointing out that Tehran implements all the commitments under the nuclear deal.

VIENNA (Sputnik) — The Iranian authorities are fulfilling all obligations they have undertaken within the framework of the Joint Comprehensive Action Plan (JCPOA),  Director General of the International Atomic Energy Agency (IAEA) Yukiya Amano said Friday.

"As I have reported to the Board of Governors, the nuclear-related commitments undertaken by Iran under the JCPOA are being implemented," Amano said in a statement in regard to Trump's announcement. Amano stressed that "Iran is subject to the world’s most robust nuclear verification regime."

© Sputnik / Aleksey Nikolskyi
Rouhani: Iran to Respond in Kind if Its Interests Under Nuclear Deal Harmed - TV
"The IAEA’s verification and monitoring activities address all the nuclear-related elements under the JCPOA. They are undertaken in an impartial and objective manner and in accordance with the modalities defined by the JCPOA and standard safeguards practice," the IAEA chief said.

Meantime, the EU foreign policy chief Federica Mogherini also stressed on Friday that Tehran has not violated any obligations under the Iranian nuclear agreement.

"The IAEA has verified eight times that Iran is implementing all its nuclear-related commitments following a comprehensive and strict monitoring system. There have been no violations of any of the commitments included in the agreement," Mogherini told reporters.

© AFP 2021 / Joe Klamar
US to Derail Existing Balance by ‘Decertifying’ Iranian Nuclear Deal
The top EU diplomat added that the international community and the 28-nation bloc, as part of it, had indicated that the deal was implemented and would continue to be implemented in the future.

Earlier in the day, US President Donald Trump presented a new US strategy on Iran and announced that his administration is determined not to recertify that Iran is in compliance with the JCPOA.