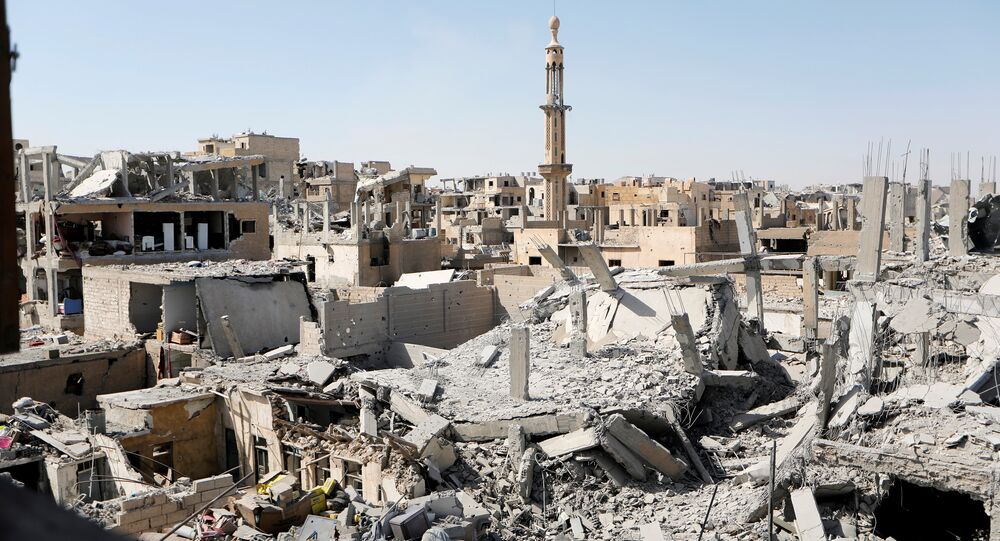 Amid a string of defeats in Syria, the internationally condemned terrorist group Daesh risks losing control of its self-proclaimed capital in the country, the city of Raqqa, which can be recaptured by the US-backed Syrian Democratic Forces (SDF) in the coming days.

MOSCOW (Sputnik) — Raqqa will be fully liberated from the Daesh terrorist group within three days, Abdulaziz Yunus, who is responsible for the SDF external relations, told Sputnik Thursday.

"Raqqa will be fully liberated from Daesh [IS] within two or three days. We have taken the main territory of the city under our control a long time ago, but the operation has stalled, as the terrorists are using civilians as a human shield. As soon as the last civilians are evacuated from Raqqa, the Daesh resistance will be defeated," Yunus said.

Currently, the SDF is in talks with Daesh in order to negotiate the safe evacuation of civilians, as the terrorists demand to be provided with a corridor to leave Raqqa, an SDF source told Sputnik.

© REUTERS / Rodi Said
Daesh 'White Widow' Reportedly Killed in Syria
Earlier in the week, US Special Presidential Envoy for anti-Daesh coalition Brett McGurk said that the operation to clear Raqqa of terrorists was in its final stages.

According to McGurk, the SDF are advancing through Raqqa's city center, with at least 17 buildings having been liberated on Sunday, and around 100 blocks retaken over the past week.

Daesh, which seized Raqqa in 2014, has been squeezed into a few remaining neighborhoods during a four-month offensive by Syrian Kurdish and Arab forces. This has been done with help from US-coalition airstrikes and special operations ground forces.