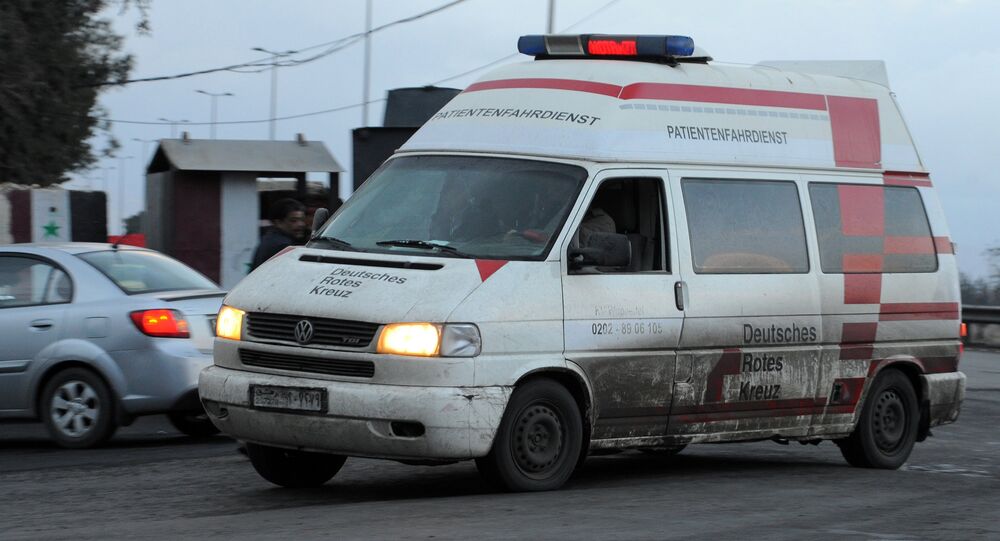 At least nine people were killed and more than 10 people were injured in three suicide-bomber attacks near a police station in Damascus on Wednesday, an informed source told Sputnik.

Two suicide bombers have conducted an attack near police headquarters on the Khalid ibn al-Walid street in the Syrian capital of Damascus, according to the Syrian Interior Ministry.

Reuters reported, citing the Syrian interior ministry, that the attackers tried to storm the police station and confronted the guards before blowing themselves up.

Another explosion occurred shortly after the two blasts when a third terrorist detonated explosives near the entrance to a Damascus market. The venues are reported to be located in close proximity.

© Sputnik / Muhammad Maarouf
Explosion in Damascus
A Ria Novosti correspondent working in Damascus said that several people were killed and some other wounded as a result of the explosion.

This is the latest suicide bomb attack to have taken place in the Syrian capital in recent weeks. In early October, four suicide bombers blew themselves up in the al Midan district of Damascus, killing 15 people, including five policemen.