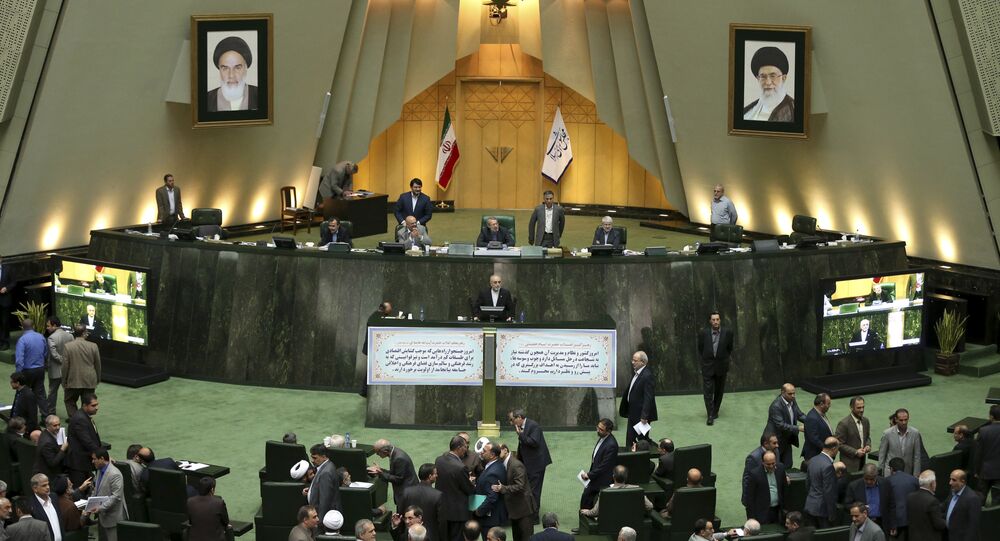 German intelligence agencies have claimed that Iran made dozens of attempts to illicitly obtain missiles and nuclear technology in violation of the 2015 Iran Nuclear Deal.

Three separate offices of the German Federal Intelligence Service (BND) have made the accusation. The BFV's North Rhine-Westphalia branch accused Tehran of making "32 procurement attempts… that definitely or with high likelihood were undertaken for the benefit of [nuclear] proliferation programs" over the year 2016. The report did not say if any of these procurement attempts were actually successful.

The report added that Iran used shell companies in China, Turkey and the United Arab Emirates to circumvent restrictions placed on their weapons development by the 2015 Joint Comprehensive Plan of Action (JCPOA), a landmark agreement meant to freeze the Iranian nuclear weapons program in exchange for sanctions relief.

The BND report goes on to say that Tehran has spread "atomic, biological or chemical weapons of mass destruction," and that they invited "guest academics" from North Korea, Pakistan and Sudan to participate in weapons and nuclear programs. "An example for this type of activity occurred in the sector of electronic technology in connection with the implementation of the enrichment of uranium," the report from the Hessen branch said.

In 2015, the BND reported that Iran made 141 procurement attempts — but the JCPOA did not enter into force until January 2016.

The JCPOA does allow Iran to produce a modest amount of low-enriched uranium that could be used for a nuclear energy program, but not a nuclear weapons program. They are also required to disclose information about their nuclear program to inspectors from the International Atomic Energy Agency (IAEA).

Despite the report seemingly claiming that Iran was in violation of the JCPOA, German officials told Fox News (which broke the report) said that no such violation occurred. "We have no indication of Iran violating its JCPOA commitments," said an anonymous official. "Quite on the contrary, the recent 2016 Report of the Federal Office for the Protection of the Constitution states that there is no evidence of Iran violating the JCPOA."

"Having said that, we remain worried by Iran's missile program. The aforementioned report, as well as reports from regional intelligence authorities, shows that Germany is highly vigilant in this regard and will continue to [be vigilant]. However, this issue is outside the scope of the JCPOA and needs to be dealt with separately," the official went on to say.

Germany was a signatory of the JCPOA, and at the time of its signing German Chancellor Angela Merkel called it "an important success" of international diplomacy. Since the election of US President Donald Trump, who has threatened multiple times to declare Iran in violation of the JCPOA, the leaders of the other signatory nations have pushed hard for the US to remain in the deal — except for Merkel. She has left defending the JCPOA to German Foreign Minister Sigmar Gabriel, who also happens to be one of her primary political opponents.

Trump is scheduled to speak on Thursday to announce whether he will recertify Iran as compliant with the JCPOA, as he must do every 90 days, or not. Both Trump and administration officials have hinted that he will declare Iran noncompliant, in which case the decision to remain in or withdraw from the JCPOA will be kicked to Congress.

The IAEA declared Iran compliant with the deal on Monday.

US Charted Course Towards 'Demolition' of Iran Nuclear Deal - Moscow