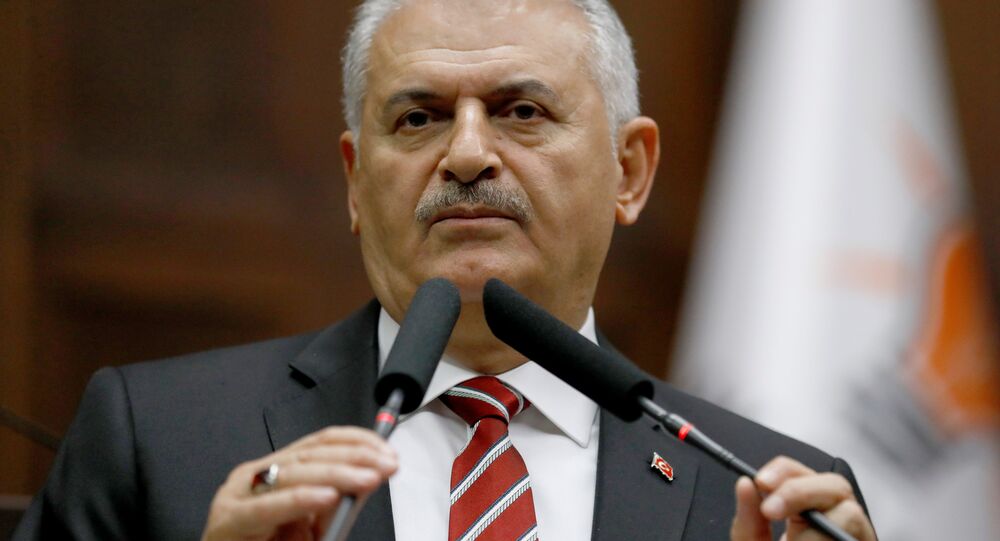 Turkey's Prime Minister has stated that new sanctions may be introduced by Ankara, Baghdad and Tehran against Iraqi Kurdistan.

ANKARA (Sputnik) – Turkish Prime Minister Binali Yildirim said Tuesday that new sanctions may be introduced by Ankara, Baghdad and Tehran against Iraqi Kurdistan in connection with the region's recent referendum on independence.

"An illegal referendum was held in Northern Iraq. We are not opposing the Kurdish people, but we are against the irresponsible actions of the government of Northern Iraq. We have stopped air links with it and stopped broadcasting their TV channels, we did not let their representative visit us. That's not all. If the leadership of Northern Iraq does not come to its senses, we will meet with the representatives of Iraq and Iran, and we will make further decisions," Yildirim said.

© REUTERS / Azad Lashkari
Iraq Reportedly Urges Turkey, Iran to Close Borders With Iraqi Kurdistan
On September 25, more than 90 percent of voters taking part in a referendum in Iraqi Kurdistan backed the region's independence from Baghdad. Iraqi authorities declared the referendum illegal, while Turkey and Iran criticized the vote amid fears that it might strengthen separatist feelings among their own ethnic Kurdish minorities.

Ankara also suspended flights to Iraqi Kurdistan and halted the broadcasting of a number of the autonomous region's television channels in the country, while Turkish and Iraqi military forces launched a joint military exercise at the border.