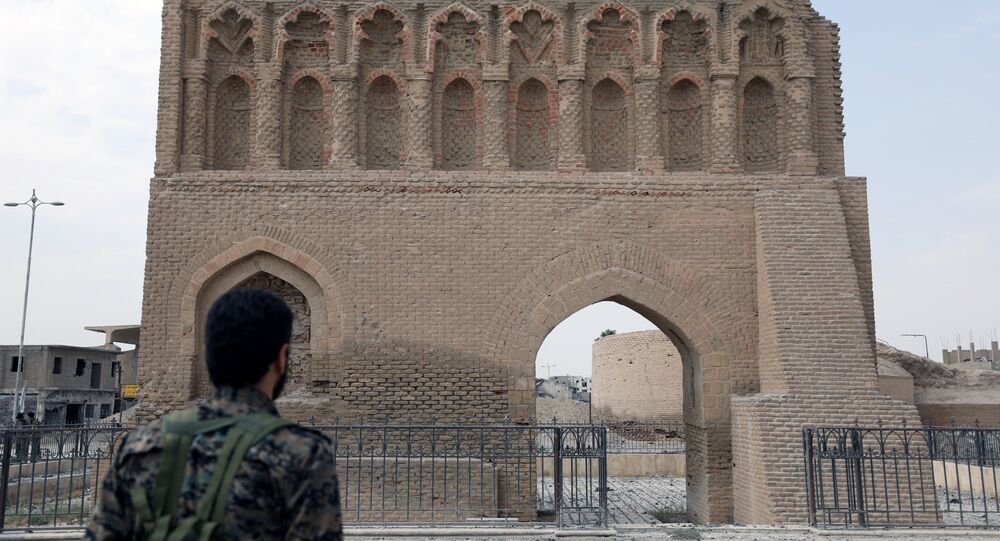 A senior US military official said Monday that the operation to liberate Raqqa from Daesh was approaching its final stage.

MOSCOW (Sputnik) — The operation aimed at liberating the Syrian city of Raqqa from Daesh is approaching its final stage, US Special Presidential Envoy for the Global Coalition to Counter the Islamic State of Iraq and the Levant Brett McGurk said Monday.

© REUTERS / Rodi Said
US Planes’ Mistakes, Lack of Aid Led to Humanitarian Catastrophe in Syria’s Raqqa - Moscow
According to McGurk, the Syrian Democratic Forces (SDF) are advancing through Raqqa's city center, with at least 17 buildings having been liberated on Sunday, and around 100 blocks retaken over the past week.

Raqqa has been controlled by the Islamic State since 2013, declaring it as its capital in 2014. In December, the SDF, with the support of the US-led international coalition, started an operation aimed at freeing the city from the militants' grasp.

Ruins of Raqqa: Former Daesh 'Capital' Throws Off the Shackles