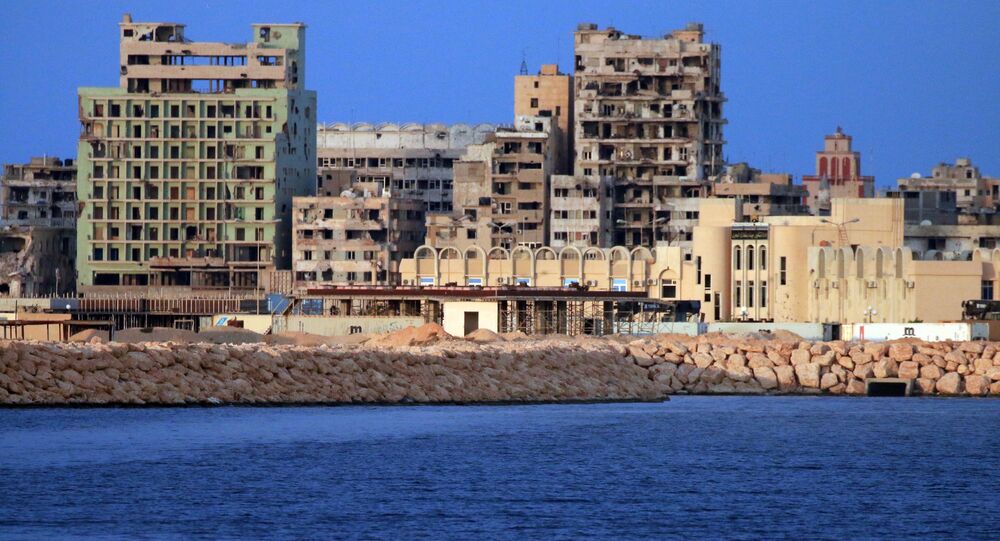 “The situation in Libya is big priority for Italy, which is the only country to consistently back Libya’s provisional government.Upon realizing that Sarraj was unable to control all of Libya, Rome started negotiations with Haftar and, unlike other European nations, it is also trying to engage the country’s provincial authorities,” said Mercuri, whose recently published book “The Unknown Libya. The Chronicle of an Undecided Country” looks at Italy’s role in the Libyan crisis.

© AP Photo / Geert Vanden Wijngaert
Libya Calls on Italy to Assist in Combating Human Trafficking - Italian PM
In an interview with Sputnik Italy, Mercuri, an associate professor of modern history of the Mediterranean at the University of Macerata, said that her book was an attempt to look at Libya and the role being played there by “international actors,” the country’s relationship with Italy and its internal conflicts.

“I don’t see any viable ways to stabilize the situation as none of the proposed solutions is unanimously endorsed by all European countries,” she noted.

She added that Italian Interior Minister Marco Minniti’s recent visit to Libya where he urged the heads of local municipalities to look for a mutually-acceptable compromise was a step in the right direction.

“On the other hand, Italy has problems with migrants 90 percent of whom are coming from Libya. Left to its own devices by other European countries, we have been forced to enlist the help of local militia to check the migrant flows,” she continued.

She said that even though Russia used to support Haftar, including economically, it is now acting as a go-between to bring Haftar and Sarraj to the negotiating table.

“[President] Putin and [Foreign Minister] Lavrov have met with both of them. Russia could play a significant role in the Libyan crisis as a mediator and this is where Italy, abandoned by the other European countries, could work together with Russia to stabilize the situation,” Michela Mercuri said.

“Besides, our two countries have shared interests in Libya where they are currently in talks with the country’s oil company NOC,” she concluded.

UN efforts to end the conflict eventually resulted in the creation of the Government of National Accord headed by Fayez Sarraj, which came into power on March 31, 2016.

Khalifa Haftar, a military commander in the country's east, refused to accept the authority of the UN-backed government.