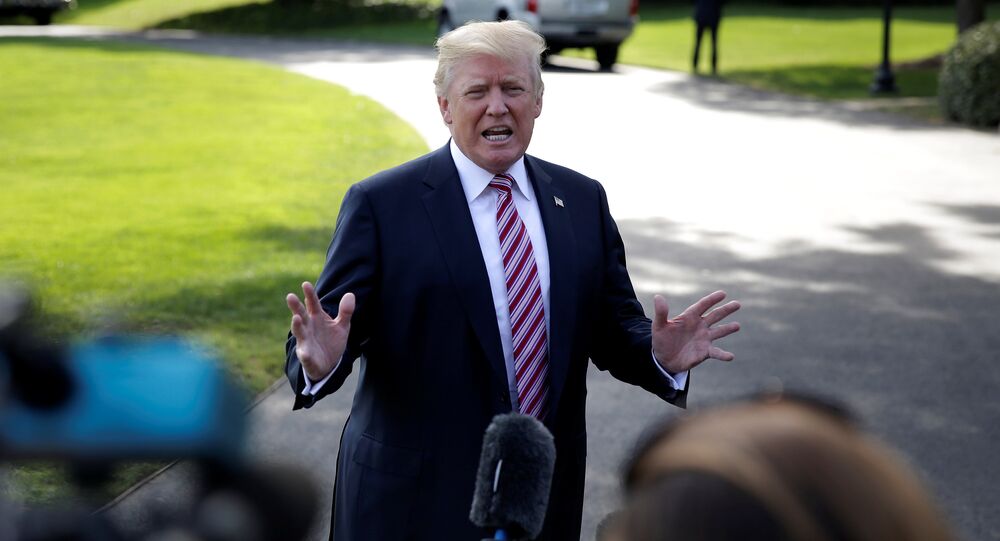 Donald Trump claims that he would like to try to establish peace between Israel and Palestine any discussion on moving the US embassy from Tel Aviv to Jerusalem.

MOSCOW (Sputnik) — US President Donald Trump said that he would like to try to establish peace between Israel and Palestine before moving the US embassy from Tel Aviv to Jerusalem.

"Right now we are actually working on a plan that everybody says will never work, as for many-many years it has never worked. They say it is the toughest deal of all it is peace between Israel and Palestinians… I do not think it is impossible and I think it is something that can happen. I am not making any predictions, but I want to give that a shot before I even think about moving the embassy to Jerusalem," Trump said Saturday in an interview to Mike Huckabee broadcast by Trinity Broadcast Network.

The US leader said that if there was a possibility of achieving peace between the Palestinians and Israelis it could contribute to peace in the region.

© REUTERS / Ariel Schalit/Pool
Love is Gone? Israeli PM 'Disappointed' Over Trump's Decision to Keep US Embassy in Tel Aviv
Israel declared Jerusalem its capital in 1949, but the international community largely recognizes East Jerusalem and the Old City to be part of Palestine.

The Jerusalem Embassy Act of 1995 mandated that the US mission be relocated from Tel Aviv to Jerusalem no later than May 31, 1999. Every US president since Bill Clinton has signed the waiver every six months to avoid moving the embassy in light of the complicated situation and the dispute between Israel and Palestine surrounding the status of city.

On June 1, Trump signed a waiver to keep the US diplomatic mission in Israel in Tel Aviv for at least six months instead of moving it to Jerusalem, although during his election campaign he promised to make the move when elected.