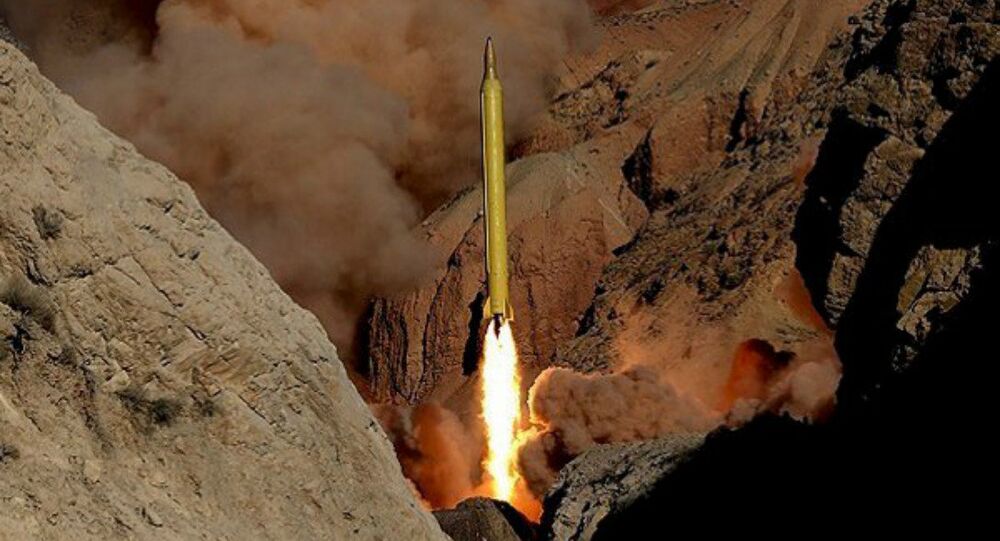 Iran Rules Out Negotiations on Its Ballistic Missile Program

Iranian Foreign Ministry said that its defense ballistic missile program is not negotiable and doesn't contradict the nuclear deal.

Earlier in the day, the Reuters news agency reported, citing Iranian and Western officials, that Iran was ready to discuss its ballistic missile program with six international mediators, which are signatories of the Joint Comprehensive Plan of Action (JCPOA), also known as the Iranian nuclear deal.

"Iran has stressed during all diplomatic meetings with foreign officials… that the defense ballistic missile program is not negotiable and does not contradict the 2231 UN Security Council's resolution," Qassemi said.

© Sputnik / Vitaliy Belousov
Lavrov Calls Reports of Trump's Plans to Withdraw From Iran Nuclear Deal Rumors
2231 UNSC resolution adopted in 2015 is basically endorsing the the Joint Comprehensive Plan of Action (commonly referred to as Iran Nuclear Deal), signed earlier in the year by Iran, the European Union and the so-called P5+1 group of nations after years of diplomatic work, which gradually lifted nuclear-related sanctions imposed on Tehran in exchange for assurances that its nuclear program would remain peaceful.

Iran's ballistic missile program has triggered the discontent and concerns of other states, in particular, the United States due to its possible links to the Iranian nuclear program. Despite the attempts by Washington to include the provisions, concerning the ballistic missiles, in the JCPOA, the proposal was not supported by other signatories.

Earlier, Iranian President Hassan Rouhani vowed to defy Western pressure and boost the Islamic Republic’s ballistic missile capabilities. "Whether you like it or not, we are going to strengthen our military capabilities, which are necessary for deterrence," the president said.

US to Impose New Sanctions on Iran Over Ballistic Missile Program