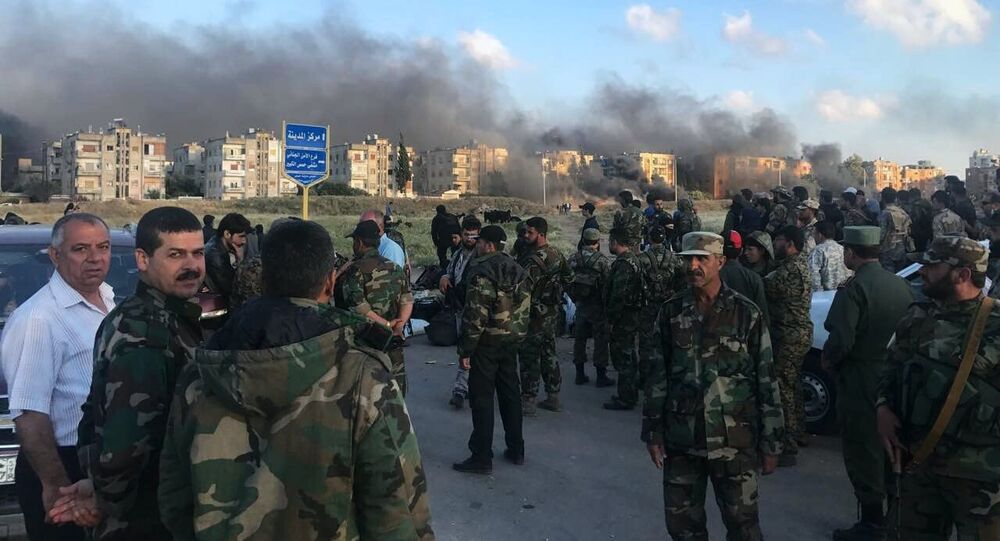 A Sputnik correspondent reported Friday that the Syrian government forces have completed a military operation against Daesh in the eastern part of Syria's Homs province.

"During the operation of the Syrian army in the eastern part of Homs province, the last IS [Daesh] strongholds were eliminated. A total of 1,800 square kilometers was liberated. Dozens of settlements and villages were retaken," the correspondent said.

The Syrian army continues its offensive on the city of Mayadin, the major Daesh stronghold in the neighboring province of Deir ez-Zor. The military has been engaged in fighting Daesh militants on the western outskirts of the city.

Syria has been engulfed in a civil war since 2011, with the government forces fighting numerous opposition groups as well as extremist organizations. The international community has organized two platforms for discussing the reconciliation between the government and the opposition, in Geneva and Astana.