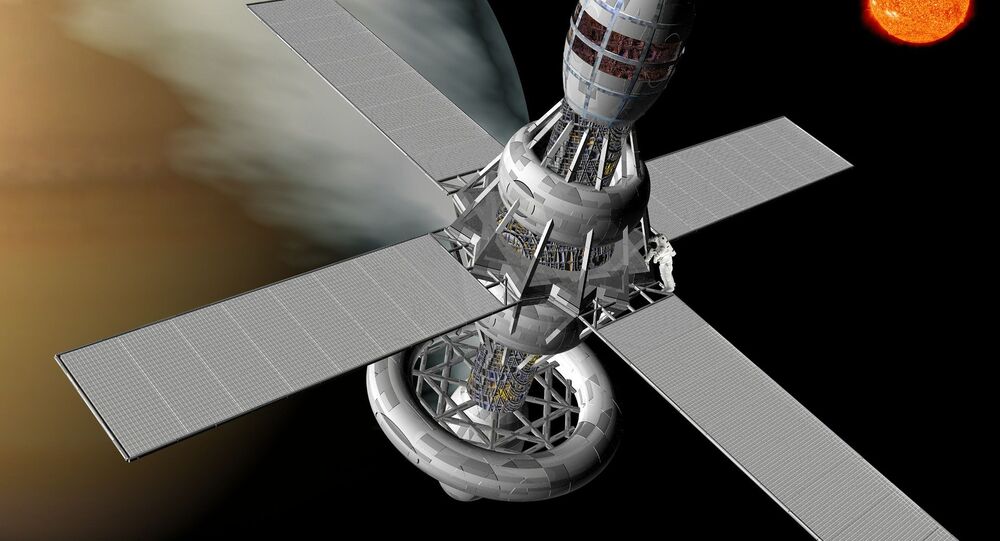 Turkey is set to develop its space agency following the passing of a draft law by the Turkish Parliament. According to some experts, Turkey will collaborate with Russia, China and India in order to move faster and more efficiently in this field.

Turkish Prime Minister Binali Yildirim recently announced that a draft law on the establishment of the Turkish Space Agency, which was submitted to the Turkish Parliamentary Commission for Industry, Commerce, Energy and Technology in February last year, was passed during the current legislative period.

In the event that the space agency, which has been in discussion in Turkey for a long time, will be created, Turkish organizations and institutions functioning in the field of space and aviation technologies will be coordinated from one center.

Individuals and legal entities can develop and design space and aviation devices and systems, create space stations and carry out other activities within the space industry.

Need for a space agency

In an interview with Sputnik, astronomer and professor Ethem Derman said that the construction of a Turkish space agency is a very good idea for the country.

© AFP 2020 / THOMAS KIENZLE
Russian Space Research Institute Announces July 2020 Date for Mission to Mars
He further said that a large amount was spent on the implementation of this project and now all these organizations will be united under the roof of the Turkish Space Agency.

Noting that Turkey can cooperate with Russia in the field of space development Derman said that it could be very useful for Turkey to take the first steps in the development of space technologies together with the developed country in this area.

“Cooperation with Russia, China or India will allow us to move faster and more efficiently in this matter,” the astronomer said.

The head of the space technology department at Istanbul Technical University, Alim Rustem Aslan, also believes that the creation of a space agency is a necessary step for Turkey.

“It is important for Turkey that this project is implemented as soon as possible. If you want to become an advanced country in the world, then you need to strengthen your position in the space field, you need to develop technologies and export them,” Aslan said.

“If you are not able to ensure the development of these technologies at the proper level, then you become dependent for this on other states. Therefore, there is a serious need in Turkey for the creation of a space agency. I think this will play a very big role in the development of the country,” Aslan said.

Space exploration is a joint effort

According to the expert, space technologies cannot be developed without active interaction with other states. This requires hard work, joint initiatives and large investments.

The leading researcher of the Institute of Space Research of the Russian Academy of Sciences, Natan Eismont, commenting on Turkey's space exploration program, said that Turkey has participated in cosmic research in cooperation with Russia.

“Russia has a telescope in Turkey and is successfully working on this telescope. But, it's another thing to send a spacecraft somewhere, like to another planet or, at least, beyond the atmosphere of the earth. That is an achievement,” Eismont said.

Talking about whether Russia is interested in developing space technologies with Turkey’s participation, Eismont said, “Of course yes, as with any other country because, in fact, all these activities are initially international. It is important to use the competences and the most advanced technologies of any country.”

He further said that Turkey also has some really good specialists and scientists who are engaged in fields that are necessary for the development and installation of instruments on space vehicles.

Oleg Vaisberg, chief researcher at the Space Research Institute of the Russian Academy of Sciences, also believes that Turkey could implement Russia's experience in space technology.

“Currently we are cooperating with Turkey, so of course our experience can be useful. Even after all, some of our experience has been and remains useful to the US. Therefore, our country can provide assistance. For example, the Chinese also started out first by copying the Russian decisions. Therefore, I think that such a cooperation is possible and would be very useful,” Vaisberg said.