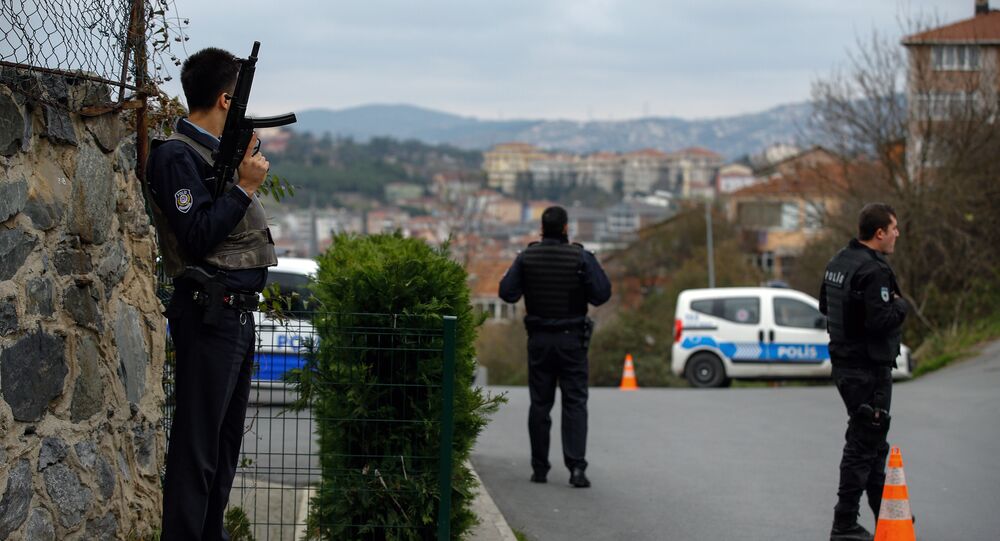 Metin Topuz, an employee of the US Consulate in Istanbul, has been arrested by Turkish authorities over his alleged links to the movement of US-based Islamic cleric Fethullah Gulen, which Ankara designates as the Gulenist Terrorist Organization (FETO), Turkish news agency Anadolu has reported, citing law enforcement agencies.

Topuz, a Turkish citizen, was arrested Wednesday night, and is accused of undermining the constitutional order, espionage activities and efforts to overthrow the Turkish government. He is also suspected of having links to former prosecutor Zekeriya Oz, and police chiefs who were investigating a high-profile corruption case in December 2013. According to the Prosecutors Office, that investigation was initiated by Gulen with the aim of bringing down the government.

US authorities confirmed Thursday that their employee had been detained, and said that it was "deeply disturbed" by the arrest, Reuters has reported. The US Embassy in Ankara said that the accusations against Topuz were "wholly without merit." It added that "baseless, anonymous allegations" against employees of the US diplomatic mission undermine US-Turkish relations.

© AFP 2021 / ILYAS AKENGIN
Ankara Authorizes Detention of 63 Suspects Over Alleged Links With Gulen
Turkish authorities earlier accused Gulen of organizing the coup attempt which rocked Turkey in July 2016, and demanded that Washington extradite him. The cleric himself has denied the allegations.

Last month, Turkish security forces carried out an operation to detain 63 persons, including 45 former members of the National Intelligence Organization (MIT) suspected of having links with FETO. The operation was conducted across 21 provinces. The MIT suspects had been sacked from the security service during purges following the failed coup.

On the night of July 15, 2016, elements of the military launched a failed coup attempt. It was suppressed within 24 hours, leaving over 240 dead and about 2,000 wounded. Ankara has since accused Gulen, the wealthy Turkish Islamist cleric living in Pennsylvania since 1999, of playing a key rule in the plot.