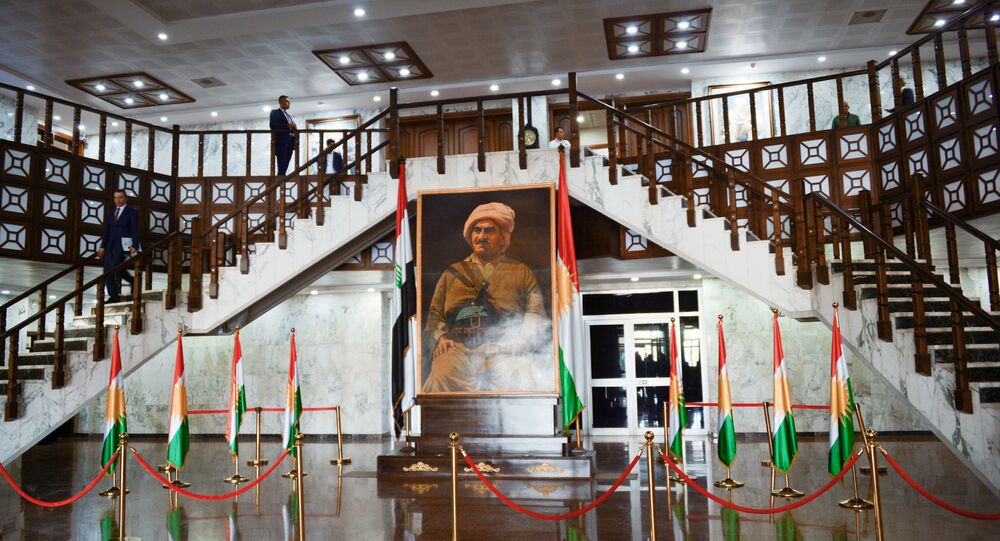 The former head of the Saudi General Intelligence Directorate has said that he regards Iraqi Kurdistan's independence referendum and its volatile aftermath as the products of mistakes that were made by the country's regional and central governments.

RIYADH (Sputnik) – Prince Turki bin Faisal Al Saud, former head of the Saudi General Intelligence Directorate, said in an interview with Sputnik and the Russian television network NTV that he regarded the tense situation that has resulted from Iraqi Kurdistan's independence referendum to be the result of government mistakes made at the local and national level.

"I think this was wrong of Mr. [Kurdistan's President Masoud] Barzani to allow for this to happen, but also I think the government in Baghdad deserves some of the blame for that, because the constitution that they put in place after the American invasion allows for communities in Iraq to call for referenda on whether they are Iraqi or not. So it's a combination of mistakes from Baghdad and from Erbil," Prince Turki said.

© CC BY-SA 2.0 / Jeffrey Beall / Erbil International Airport
Kurdistan Government Views Suspension of Flights by Iraq as Blockade
Last Monday, the residents of Iraq's autonomous region Kurdistan and several territories claimed by both Erbil and Baghdad voted in an independence referendum, with over 90 percent of the voters backing the sovereignty.

The former intelligence chief pointed out that the people of Kurdistan would bear the brunt of the negative consequences rather than Barzani himself.

Prince Turki said that Iraq's neighbors, Turkey, Syria, and Iran, which also have significant Kurdish minority groups among their residents, would not allow an independent Kurdish state to be established in the north of Iraq.

The Iraqi central government has refused to recognize the results of the referendum. The vote has been criticized by Iran, Turkey and several other countries.

Riyadh urged Barzani in September to accept international mediation to improve the relations between Baghdad and the autonomous region.