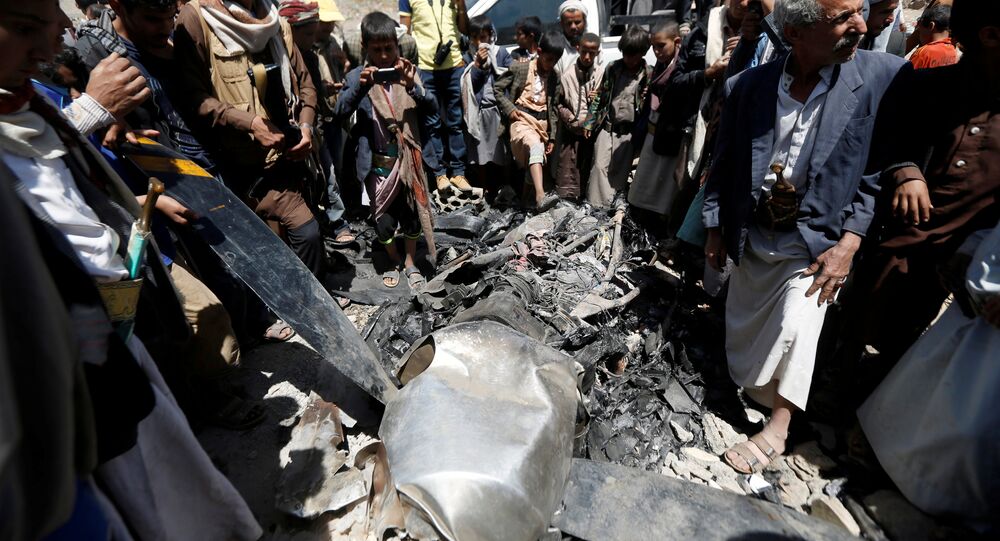 A video of Houthi militants downing a US surveillance drone in Yemen has emerged in the internet.

At the end of the video, a crowd of people is seen standing next to the burning wreckage of the drone.

China's Xinhua News Agency quoted a statement by the Houthi group which controls the Yemeni capital Sanaa as saying that "the drone, a General Atomics MQ-9 Reaper, was shot down by a guided missile fired from our Rocketry Force."

"The drone was most likely doing a regular spy mission over the capital," the statement said.

In the past few years, Yemen has been embroiled in a violent conflict between the internationally recognized government of President Abd Rabbuh Mansur Hadi and the Houthi movement, supported by army units loyal to the country's former President Ali Abdullah Saleh.

The government receives air and land support from the Saudis, with the Houthis routinely responding with rocket attacks at the Saudi border.

The MQ-9 Reaper drones are mainly used by the United States against al-Qaeda militants in Yemen.  Since 2015, they have also been used by the Saudi-led coalition forces against Houthi rebels.