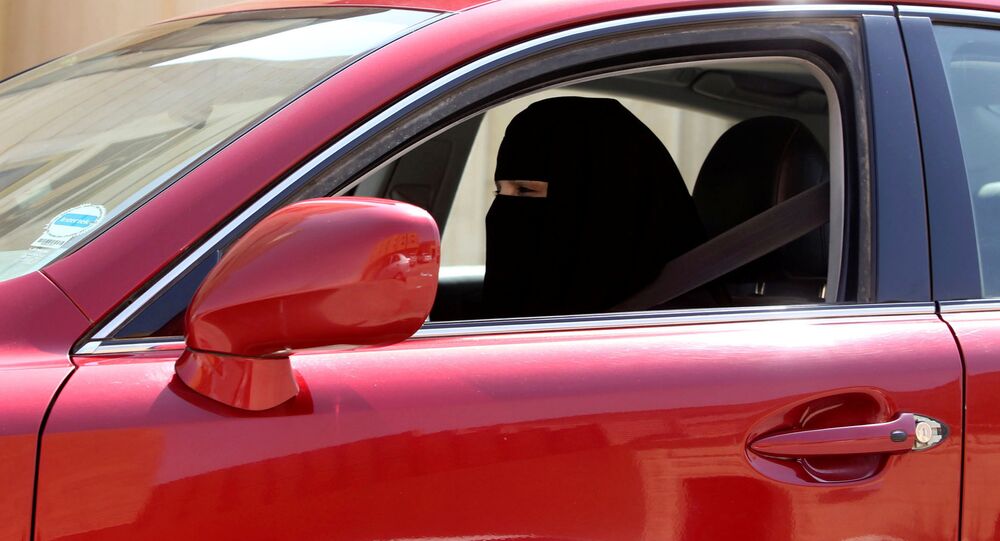 Following Saudi Arabia’s announcement allowing women to drive starting from June 2018, a UN representative in Saudi Arabia, Majida Aburas, told Sputnik why this announcement is a big step forward for women of the country and how it will boost the economy.

“This is a historic decision by the Saudi government, which speaks of its wisdom. This means that our government appreciates women and cares about them,” the UN ambassador for the environment in Saudi Arabia, Majida Aburas, told Sputnik in an interview.

According to her, Saudi women really needed this permission for both economic reasons and for full participation in public life.

The UN envoy further said that the decree is part of the state’s development with regard to the Saudi Vision 2030 program.

In recent years, many resolutions have been adopted that relate to the social and professional role of women in Saudi life. Many work in the spheres of education and medicine, they hold deputy ministerial posts and work in the Saudi Advisory Council.

© AFP 2020 / Marwan Naamani
Saudi Arabia to Allow Women to Drive Starting Next Summer
However, Aburas said that currently there are no women in the Saudi Council of Ministers, but most likely in the near future that will change.

Talking about how this permission for women to drive in the kingdom could impact the country’s economy, the UN envoy said that the number of drivers that were making a lot of money by driving women around would decrease tremendously.

“These drivers strongly influenced the daily routine of Saudi women. In addition, their services were becoming a serious burden for many families,” Aburas said.

A member of the economic committee in the Advisory Council of Saudi Arabia, Usamah Kurdi, told Sputnik that the Saudi Vision 2030 development program concerns not only the economy, but also the entire social life of the country.

“I believe that the decision to permit women to drive will positively affect the economy of the country as a whole,” Kurdi said.

Per Saudi State News agency SPA, the decree triggered government ministries to prepare a report within 30 days before it is to be implemented.

"The royal decree will implement the provisions of traffic regulations, including the issuance of driving licenses for men and women alike," the agency reported.

Many activists around the world and women’s activists in Saudi Arabia welcomed the announcement and deemed it as a “step in the right direction.”