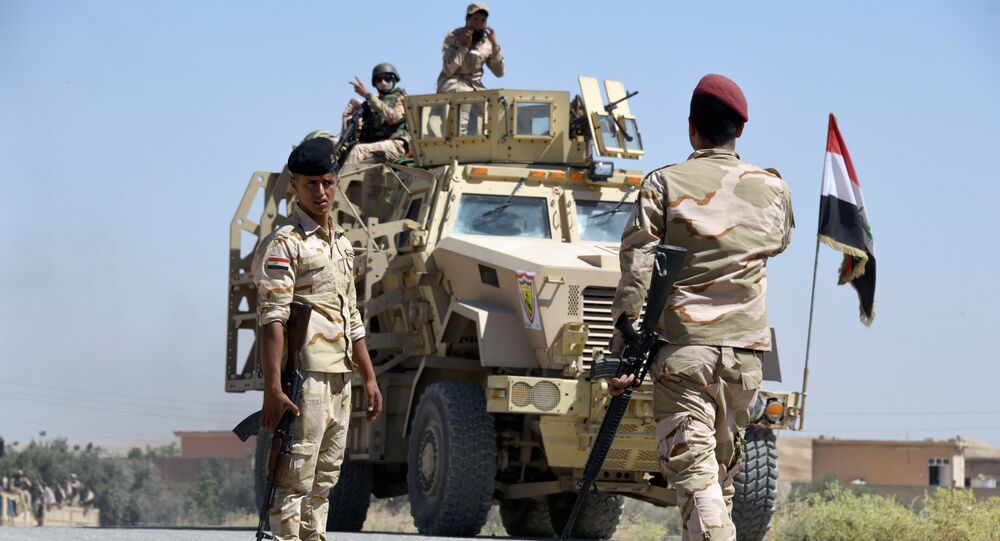 According to a military source, the Iraqi troops are waiting for the Prime Minister's order to deploy into the regions contested by both Baghdad and Erbil, particularly, the oil-rich Kirkuk province after a mandate given by the country's parliament.

BAGHDAD (Sputnik) — The Iraqi troops are waiting for Prime Minister Haider Abadi's order to deploy troops to the disputed with Iraqi Kurdistan regions, a military source told Sputnik on Thursday.

The Iraqi parliament ruled on Wednesday to give a mandate to Abadi to deploy the armed forces into the regions contested by both Baghdad and Erbil, particularly, the oil-rich Kirkuk province, which has been under the control of the Kurdish Peshmerga militia for three years.

"The Iraqi military forces have completed their preparations and are located in the vicinity, waiting for the order of Prime Minister, Supreme Commander Haider Abadi on Friday to head to the disputed areas and defend the residents," the source said.

On Monday, Kurdistan held a referendum on the independence of the region. According to the official results of Kurdistan’s Independent High Elections and Referendum Commission, the overwhelming majority, or 92.7 percent of the voters, backed independence. The independence referendum was opposed by Baghdad as well as a number of other countries, including Iran and Turkey, which also have Kurdish minorities.