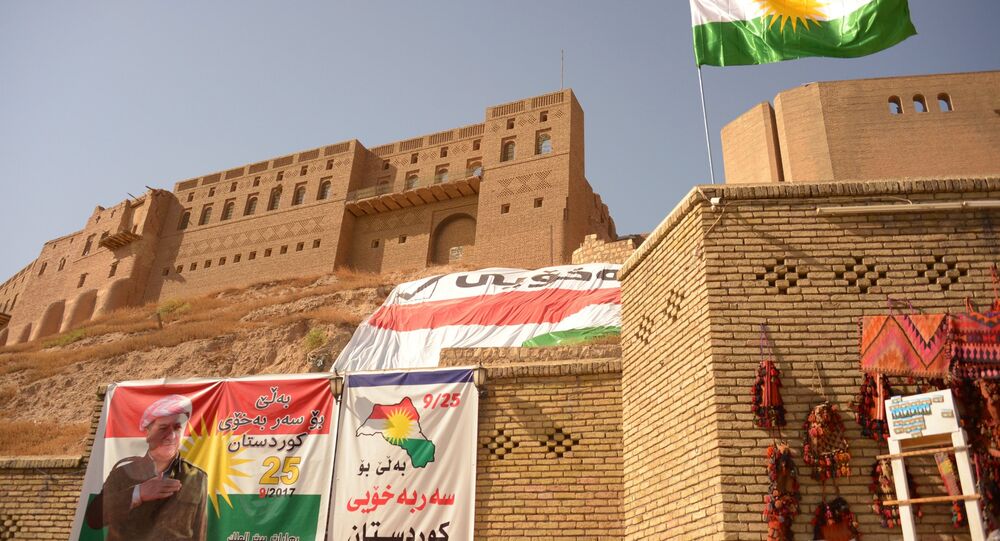 The Turkish Foreign Ministry called on the citizens of the country to leave the Iraqi Kurdistan autonomous region before Baghdad shuts international flights from the province's Erbil and Sulaymaniyah airports.

ANKARA (Sputnik) — On Wednesday, the Iraqi Civil Aviation Authority (ICAA) said in a statement that all international flights to and from Erbil and Sulaymaniyah airports would be suspended starting from 15:00 GMT on Friday.

"We consider it reasonable for our citizens, who do not have the pressing need to stay in Northern Iraq, to leave its territory before flights are terminated there at 18:00 [15:00 GMT] September 29," the Thursday statement read.

​On Tuesday, Baghdad also reportedly required Erbil to transfer control of Kurdistan regional border posts and airports to the Iraqi central government. Earlier in the day, the region's transport minister said that Erbil was ready to discuss stationing federal observers in Erbil and Sulaymaniyah airports unless Baghdad tries to manage the airports.

​The independence vote took place in Kurdistan as well as in the disputed areas officially controlled by Baghdad but de-facto under the control of the Kurdish authorities. More than 90 percent of voters cast their ballots in favor of gaining independence from Iraq, according to local media. The referendum has been criticized by Iraq's neighbors, the United States and the United Nations.