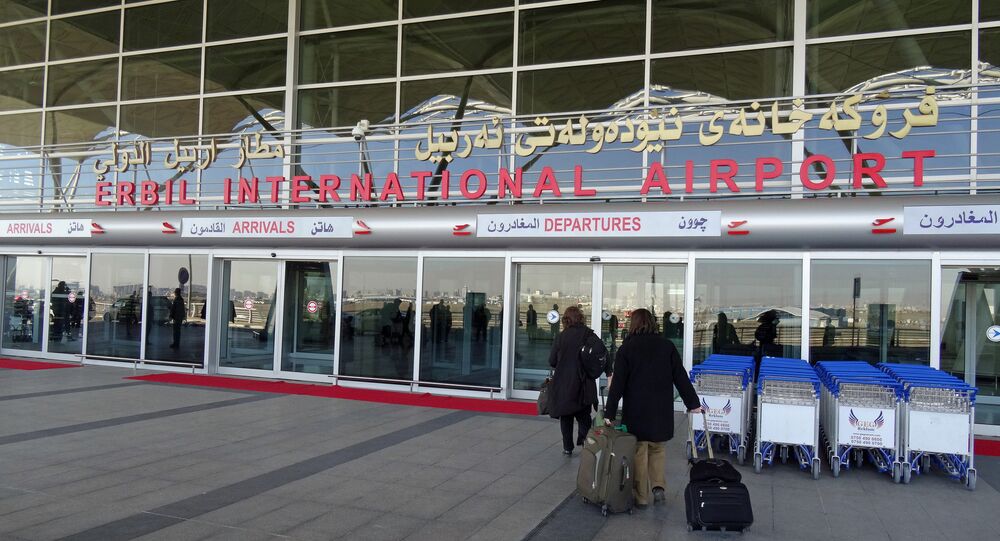 Iraq's Prime Minister Haider al-Abadi said that Iraqi Kurdistan has three days to hand over control of the international airports to Baghdad in order to avoid an embargo, local media reported.

According to the Alsumaria TV channel, Iraq's Cabinet of Ministers earlier demanded that the Kurdish autonomy authorities transfer control over all border points of the region, including airports to the central government, at the same time urging foreign states to cease cooperation with the Iraqi Kurdistan in the oil sector.

The step comes a day after Iraqi Kurdistan held a referendum on independence from Iraq despite opposition from Baghdad. Local media reported that over 90 percent of voters cast their ballots in favor of creating a Kurdish state.

The referendum was held amid harsh criticism from the Iraqi government, as well as from a number of foreign countries, including Turkey and Iran. In particular, Turkish Prime Minister Binali Yildirim did not rule out on Monday that Ankara would terminate oil transit from Iraqi Kurdistan in retaliation for the vote.

© Sputnik / Sputnik, Dmitry Vinogradov
Clamping Oil Artery: How Turkey May Checkmate Iraqi Kurdistan in One Move
The decision to hold the independence referendum was made by Iraqi Kurdistan's leaders in June. At the time, the news caused concern amongst world powers and the UN Security Council fearing that the referendum might destabilize Iraq, which is still fighting the Daesh terrorist group.

Kurds live in the central part of the Middle East, including parts of Turkey, Syria, Iran, and Iraq. The demarcation of the region's precise boundaries remains a complicated issue. Iraqi Kurdistan is located in the center of ethnic Kurdistan and is the most developed Kurdish region.

In October 2005, the status of Iraqi Kurdistan as Iraq's autonomous region as well as the rights of the Kurds and other ethnic groups was recognized in the constitution.