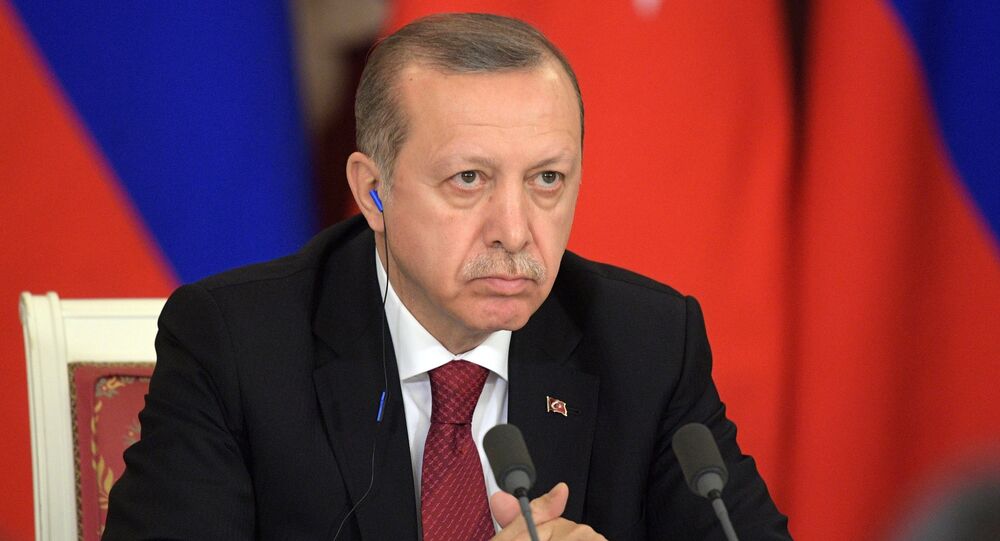 ANKARA (Sputnik) – Israel, the only state to support the independence referendum in Iraqi Kurdistan, will not be able to help the region should neighboring states introduce an economic blockade, Erdogan said.

"Who supported the referendum, who recognized the results? Israel alone did. Kosovo was recognized by scores of countries and it still could not become a state. What would Israel’s recognition do? … As soon as we start imposing sanctions, close the oil valve, it will be the end. All income would cease. As soon as lorries stop going to northern Iraq, there will be nothing to eat there. How will Israel supply anything there? Please, it can try," Erdogan said in a speech in Ankara.

The independence vote took place on Monday in Iraqi Kurdistan as well as in the disputed areas officially controlled by Baghdad but de-facto remaining under the control of the Kurdish authorities. More than 90 percent of voters cast their ballots in favor of gaining independence from Iraq according to local media.

© AFP 2020 / AHMAD AL-RUBAYE
Iraqi Kurdistan's Independence Vote: Peshmerga in a 'State of Combat Readiness'
Turkey and Iran have repeatedly voiced their opposition to the creation of a sovereign state in the Kurdish-dominated region of Iraq, citing national security issues. According to Reuters, in August, Turkish and Iranian military leaders held talks that touched upon the issue of dealing with Kurdish militants in the Turkish-Iranian border region.

In contrast, Minister Benjamin Netanyahu expressed a "positive attitude" toward a Kurdish state in the Kurdish areas of Iraq, calling the nation one of "brave, pro-Western people who share our [Israeli] values."