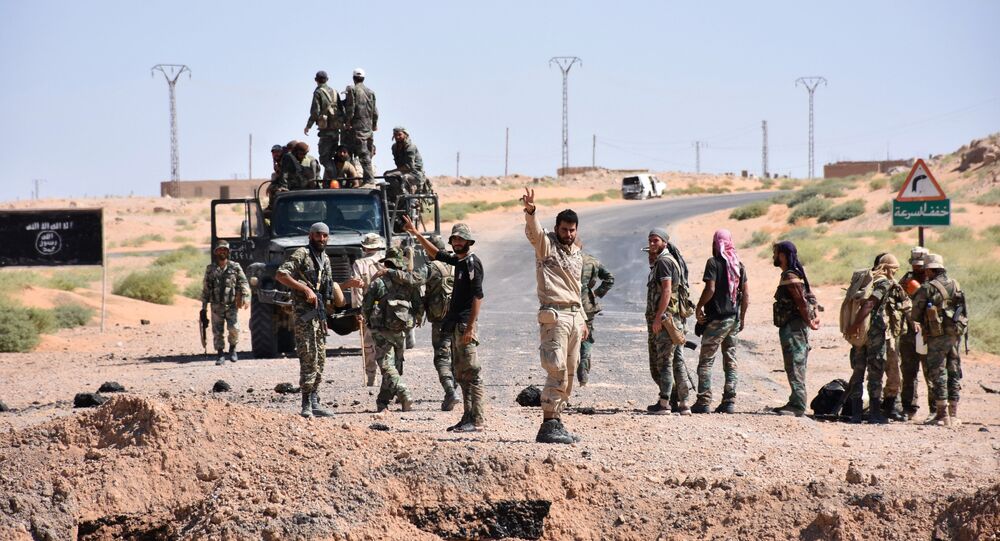 US Special Presidential Envoy Brett McGurk says that despite the proximity of US-led and Russian-backed forces in Deir ez-Zor and reports of possible inadvertent clashes, recent discussions on different levels cut the possibility of conflict.

UNITED NATIONS (Sputnik) — The problem of proximity between US-led and Russian-backed forces in the Syrian town of Deir ez-Zor has been worked out quite well, US Special Presidential Envoy Brett McGurk said at a news briefing at the United Nations on Friday.

"In Deir ez-Zor… this is where Syrian regime forces enabled by the Russians have come into close proximity to forces enabled by the United States and our coalition," McGurk said. "We think now we have that fairly well worked out. We've had very good discussions with the Russians at the military-to-military level and here in New York at the level of Secretary [Rex] Tillerson and Foreign Minister [Sergey] Lavrov."

"Both the United States and Russia are committed, we want to defeat ISIS [Islamic State] and we want to avoid accidents, and so we deconflict space," McGurk said. "There’s been significant improvement on the ground in terms of mutual understandings and mitigating the risks of any type of accident."

Ministry of defence of the Russian Federation
Russian Bomb Experts Clear Landmines from 5,300 Hectares in Syria
The US Special Presidential Envoy also stated that US Secretary of State Rex Tillerson has sent development and humanitarian aid experts to Syria to help local forces meet immediate needs in areas liberated from Daesh.

"This was an initiative of Secretary Tillerson really from his first week at the State Department to say that we have our military people on the ground and we need to make sure that we have our development and humanitarian experts on the ground to do follow through," McGurk stated. "We have some of our most experienced people there who are working on this."