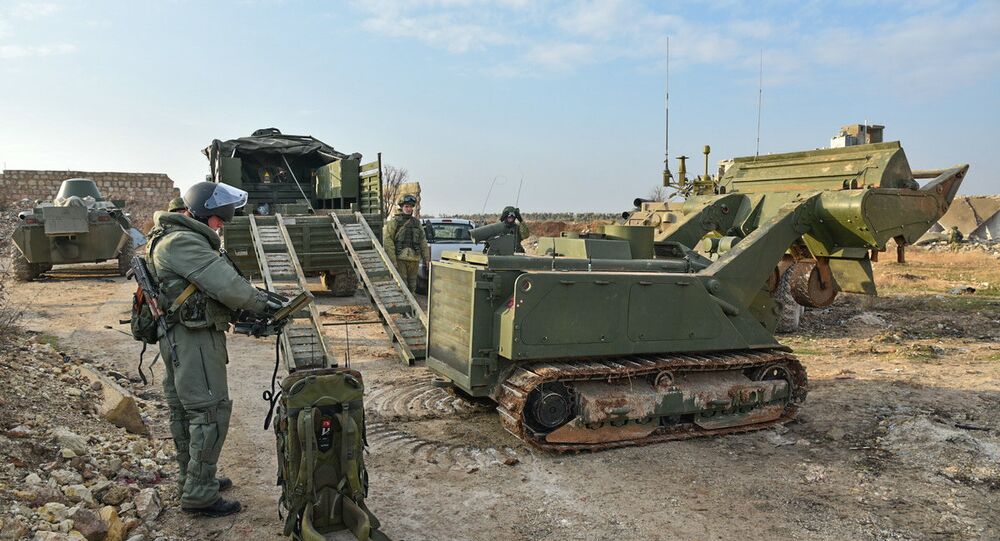 The Russian Defense Ministry announced that the Russian Armed Forces’ bomb experts have cleared mines from more than five thousands of hectares of land in Syria.

"Experts from the Mine Action Center in Syria have demined a total of 5,295 hectares, including 2,956 hectares in Aleppo and 2,339 hectares in Palmyra," the report, posted on the website of the Krasnaya Zvezda (Red Star) newspaper, the official publication of the Defense Ministry, said.

© Photo : Press Service of the President of Syria
Syrian Combat Engineers Completely Demine Deir ez-Zor Supply Route - Source
According to the infographics data, Russian bomb squads have defused 60,384 explosive devices. They have also assisted in the training of 586 Syrian experts, with further 102 still in training.

Russia is continuously taking demining efforts in the war-torn country. Earlier, experts from the International Mine Action Center of the Russian Armed Forces have been sent to Syria's Deir ez-Zor, after Syrian army supported by the Russian Aerospace Forces made a major advance in the city, breaking Daesh terrorist group's siege.