Syrian government forces continue to press forward with Russian air cover in the offensive against Daesh jihadists: two districts in the southeast of Deir ez-Zor have been liberated from terrorists.

MOSCOW (Sputnik) — The Syrian government troops and their allies liberated two southeastern districts of the city of Deir ez-Zor from Daesh terror group and reached the Euphrates river, a source in the operation headquarters told Sputnik on Sunday.

"The army reached the Euphrates, having liberated [two] districts… On the east side, the militants were forced to retreat from the airbase at a distance of more than five kilometers [over three miles]," the source said.

According to the source, the terrorists retreated to the city of Al Mayadin while some of them crossed the Euphrates and sheltered in the northern part of Deir ez-Zor. 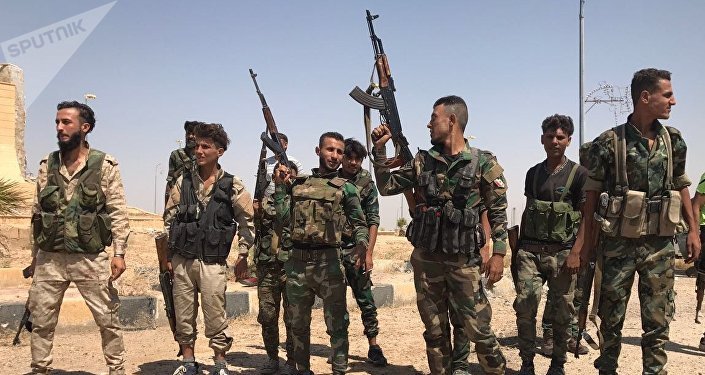 © Sputnik / Mikhail Alayeddin
Group of Daesh Terrorists Surrenders to Syrian Gov't Forces in Deir ez-Zor
Although last week the three-year Daesh siege of the city of Deir ez-Zor was broken the fighting to fully liberate the area is still underway.