A Syrian state news agency reported that the airstrikes of the US-led coalition in Syria have claimed lives of 12 civilians.

MOSCOW (Sputnik) — At least 12 civilians were killed near the Syrian citiy of Deir ez-Zor by airstrikes that were carried out by the US-led coalition fighting against Daesh terrorist group in the country, local media reported on Saturday. 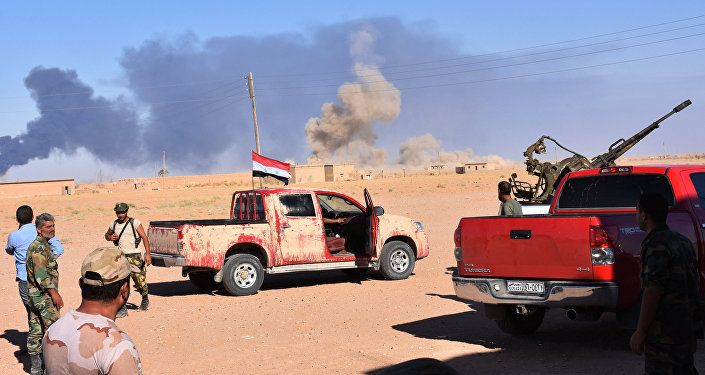 On Wednesday, media reported that 22 civilians in the Syrian cities of Raqqa and Deir ez-Zor were killed by airstrikes of the US-led coalition.

Although last week the three-year Daesh siege of the city of Deir ez-Zor was broken the fighting to fully liberate the area is still underway.

Back to Normal: Images of Peaceful Life in Liberated Deir ez-Zor