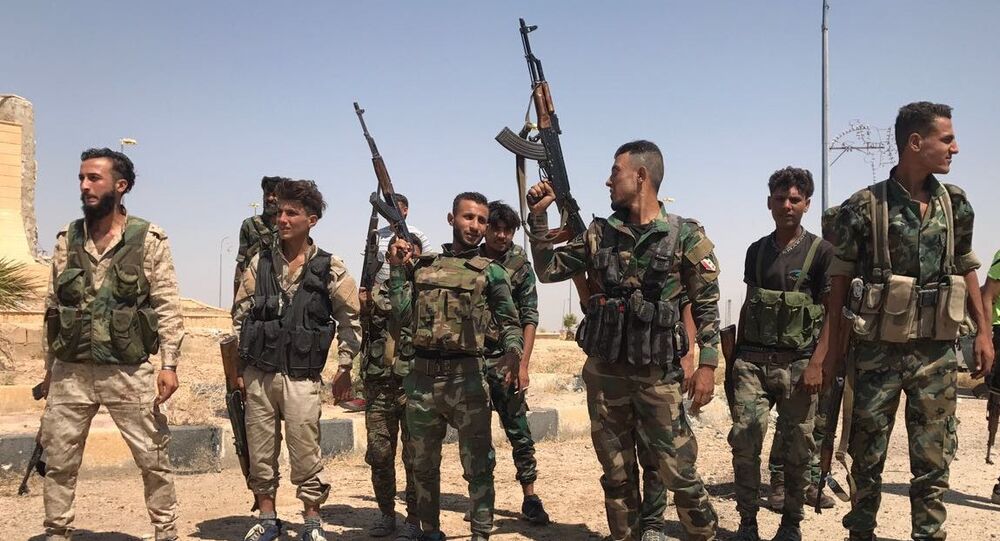 The Russian military announced Saturday that more than 50 Syrian opposition militants, including six field commanders, have defected to the official government forces over the last day.

MOSCOW (Sputnik) — According to the statement, a total of 54 persons laid down their arms and joined the government troops.

The news comes after a local source said that the group of militants from the internationally-condemned terrorist organization Daesh surrendered to Syrian government forces in Deir ez-Zor in the east of the country.

Russia continues its efforts to facilitate the implementation of the ceasefire regime in Syria, with Russian military police units paving the way for stabilization in the country, the ministry said.

© REUTERS / Stringer
Iraqi Forces Launch Operation to Liberate West of the Country From Daesh
The statement added that the Russian center for reconciliation supplied humanitarian aid to the civilian population affected by the conflict, as well as facilitated the efforts to restore the social infrastructure of the country.