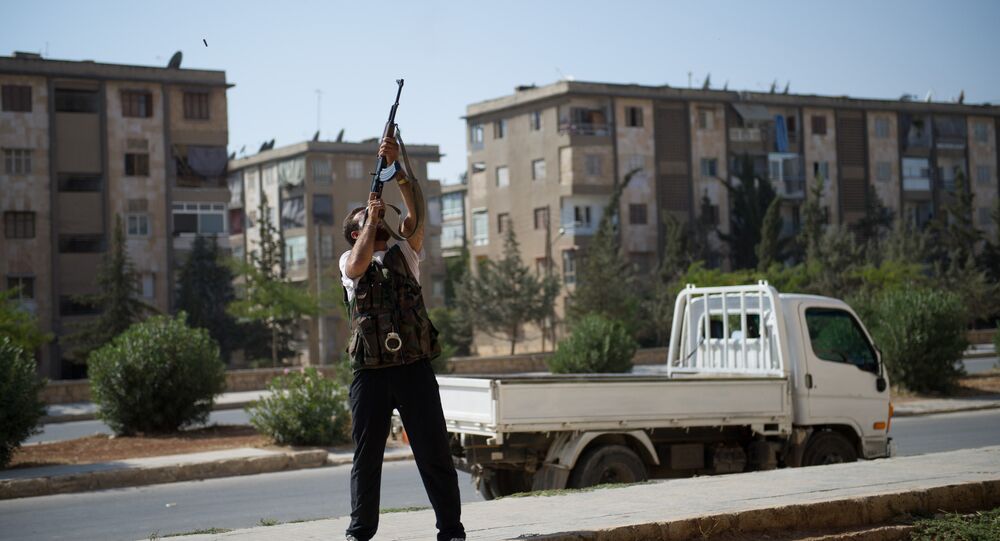 The Pentagon allegedly bought obsolete weapons worth $71 million in the Czech Republic, Georgia, Serbia, Bulgaria, Romania and Ukraine and sent them to Syria to train and arm various groups fighting against the Syrian Army, including Daesh.

PRAGUE (Sputnik) — The Pentagon provided anti-government forces in Syria with weapons purchased in the Czech Republic and several other Eastern European countries allegedly for the US Defense Department's own needs, the Czech Center for Investigative Journalism reported.

According to the center's data, gathered from open sources, the Pentagon purchased obsolete weapons worth $71 million (among which were AK-47 assault rifles, grenade launchers and mortars) in the Czech Republic, Georgia, Serbia, Bulgaria, Romania and Ukraine.

© Flickr / Day Donaldson
Alleged US Evacuation of Daesh Field Commanders: 'We Are Rescuing Our Allies'
Pentagon representatives claimed the munitions were being bought for their own needs, but the weapons were instead sent to Syria to train and arm various groups fighting against the Syrian Amry, including the Daesh terrorist group (banned in numerous countries), the center reported Tuesday.

One of the documents needed for obtaining an export license for weapons is called an end-user certificate, which must guarantee that weapons will not fall into the wrong hands. According to the Czech Center for Investigative Journalism, the US Department of Defense provided false information for the certificate, claiming that the user would be the US Army.

Earlier investigations, in which the center was also involved, showed that over the last four years, Eastern European countries, including the Czech Republic, approved a sale of weapons worth more than 1 billion euros ($1.2 billion) to a number of Middle Eastern countries, which then allegedly transported the arms to Syria. These sales were not widely publicized.