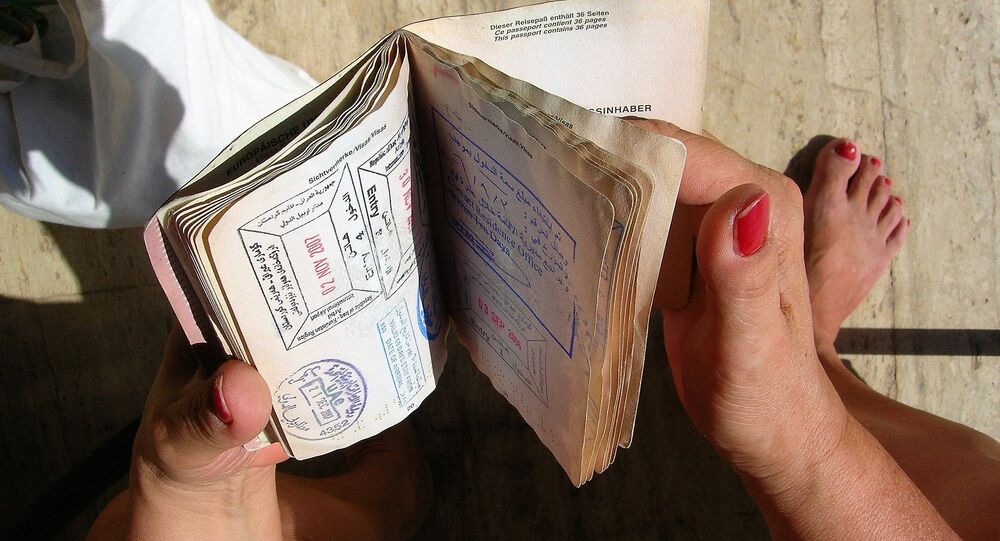 Britain is now at even greater risk of further terrorist attacks in the wake of a 'vibrant' trade in forged and blank passports used by migrants attempting to gain entry to the country, a leading security expert has warned.

Dr. Anthony Glees, Professor of Politics at the University of Buckingham and the Director of its Center for Security and Intelligence Studies believes the growing tide of fake identification being used by people attempting to enter Britain and also Europe, including terrorists, could potentially result in more horrific incidents on our towns and cities.

"There is a very vibrant trade in blank and forged passports everywhere within the European Union. Just a few days ago we learned that, in the case of Britain, over the last three years, Border Agency officials picked out 6,500 forged passports being used by people coming into the UK. You can add a similar number to that of people who actually managed to achieve their goal," Dr. Glees told Sputnik.

"There is a huge black market in Europe where people are prepared to pay possibly £500 each for a fake or forged passport to gain entry."

Who Are the Buyers?

Similar alerts have been made by other European countries who have repeatedly raised concerns that terrorist organizations are using the migrant crisis as an opportunity to infiltrate potential attackers into the EU undetected.

Dr. Glees warned also there was now an increasing likelihood of Daesh (so-called Islamic State) terrorists — fleeing from the war-zones in Iraq or Syria — being "the most obvious buyers of these passports to get back into Europe where they possibly once fled."

He fears the UK's army of border security staff are already struggling to cope after swingeing job cuts and "dramatic" budgetary cuts imposed by Prime Minister Theresa May which has left the service totally demoralized and open to mistakes by staff as a direct result.

"Passports are the only real proof we have of formal identification. Chiefly, it falls on the Border Agency to protect our borders by controlling immigration here, say at the likes of the main hubs Gatwick, Heathrow and the port of Dover. However Britain is at greater risk because the Border Agency staff have seen their numbers cut, their budgets dramatically reduced by Prime Minister Theresa May when she was the then Home Secretary."

The security expert cited the need for massive investment in Arab North Africa in a bid to try and stem the flow of migrants to Europe.

"Once Britain's external borders are secure, then in my view there needs to be massive amounts of money invested in particular Arab North Africa from where many are attempting to enter Europe illegally. The European Union should always allow lawful migration and people to seek asylum. However, if there was better infrastructure in place [in their home countries], there would not be the same incentive for them," Dr. Glees told Sputnik.