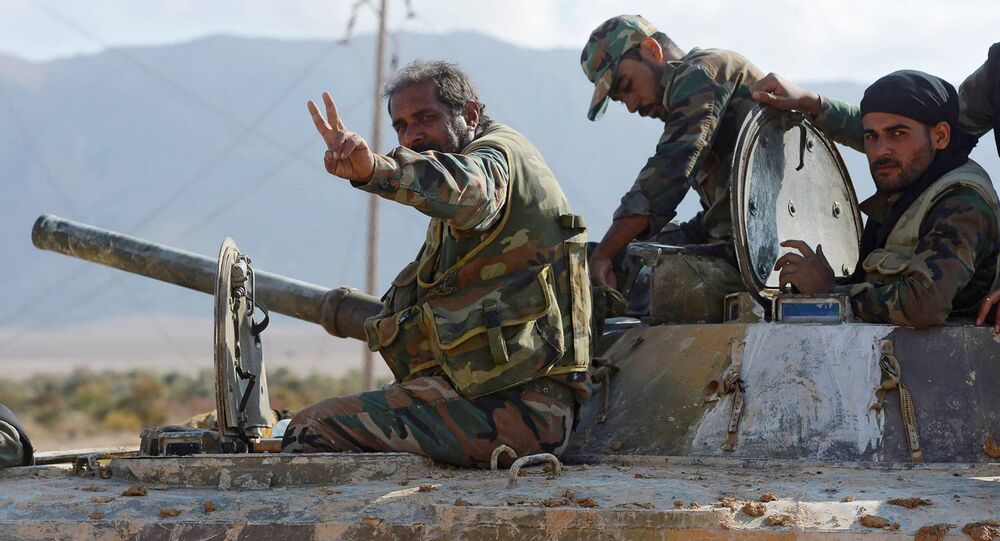 The Syrian Army has begun an operation to lift the blockade of the Deir ez-Zor airbase, having captured a strategic hill between it and the city, a Sputnik correspondent reported from the scene.

The army and republican guard troops are breaking into the airbase area from the direction of the city's graveyard.

The offensive is being supported by aviation and artillery.

© REUTERS / Khalil Ashawi/File Photo
'Trump Must Comment' on US Allegedly Rescuing Daesh Commanders From Deir ez-Zor
The Syrian Army, with Russian air support, managed to finally break the three-year Daesh siege of the city of Deir ez-Zor on September 5. Until that point, food and ammunition had only been delivered to the city by air. Helicopters from the city of Qamishli had evacuated the wounded and delivering essential supplies to the city's population.

On September 7, a source told Sputnik the US Air Force had evacuated Daesh field commanders from Deir ez-Zor. The US-led coalition denied the claims.

Russia has sent humanitarian aid to the city, but there has been none from the West.