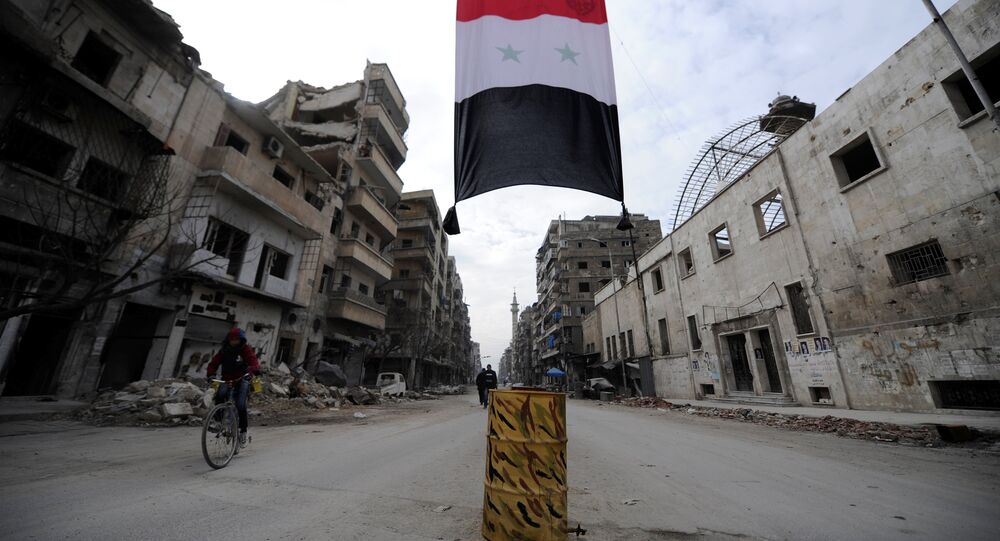 The Red Cross has praised the establishment of Syrian safe zones backed by Russia, Iran and Turkey.

MOSCOW (Sputnik) — The level of violence has been reduced in Syria thanks to the establishment of de-escalation zones and the International Committee of the Red Cross plans to increase its humanitarian support to the Syrian population, ICRC Director of Operations Dominik Stillhart told Sputnik in an interview on Thursday.

"In Syria the situation has indeed evolved this year, there is less violence, not least also thanks to these de-escalation zones that were gradually installed in the country. And what we've seen is maybe up to half a million people that have come back to their places of origin, people who have come back to their homes. And of course, we will now and we are already adapting our response to the way the needs are evolving on the ground. This includes strengthening of our assistance to infrastructure, especially in the field of water, sanitation and health," Stillhart said.

It is important to realize that the fighting is still ongoing in Syria, Stillhart stressed.

"We have more or less access everywhere, but there are areas, where it is more difficult. In Hasakah and Raqqa governorates we have just now the first assessment in July-August, for the first time in four years managed to go there. And we have seen a lot of people who came out of Raqqa, who are really in a desperate situation, and there is not a lot of aid that is going to these people, so we are significantly stepping up our assistance to these people. But otherwise we come quite often now to the areas of Homs, Hama, and the one that is still difficult is the country's south," the ICRC operations director said.

The most difficult area for access now in Syria is Idlib, Stillhart added.

The Red Cross may increase funding for activities in Syria next year from about $170 million in 2017, Stillhart said.

"Syria is already our largest humanitarian operation worldwide, $170 million [in 2017]… and depending on how the situation will be evolving and how much access we will manage to have, we will at least have the same budget for 2018, and possibly even more," Stillhart said.

However, this amount may increase because in Syria's eastern and northeastern regions the humanitarian needs of the population are likely to grow, according to the operations director.

Russia, Turkey and Iran worked out an agreement between the Syrian government and the opposition on the creation of safe zones in Syria's regions free of hostilities except the fight against terrorist groups. Up until now, safe zones have been operating in southern Syria, Eastern Ghouta, while an agreement to create the third region covered by the de-escalation deal between Damascus and Syrian opposition in the northern part of the Syrian Homs province has been reached late July. Talks on the fourth safe zone in the Idlib province are currently underway.